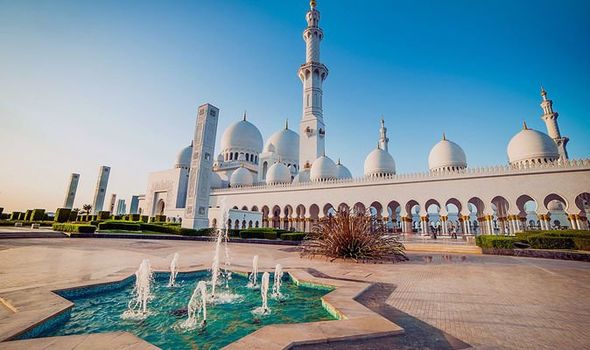 I was having a traditional hammam-style massage at the spa in the Rixos Saadiyat Island resort in Abu Dhabi, capital of the UAE.

I couldn’t remember why I’d thought this was good idea, but decided to man-up and see the treatment through.

Despite my initial reservations I did leave the spa feeling relaxed, refreshed and amazingly re-booted.

The Turkish-inspired beachfront Rixos is the first all-inclusive hotel of its kind in Abu Dhabi. Designed to reflect an Ottoman Palace, it is full of archways and balconies, dazzling mosaic tiling, monumental chandeliers and topped with terracotta roofs. 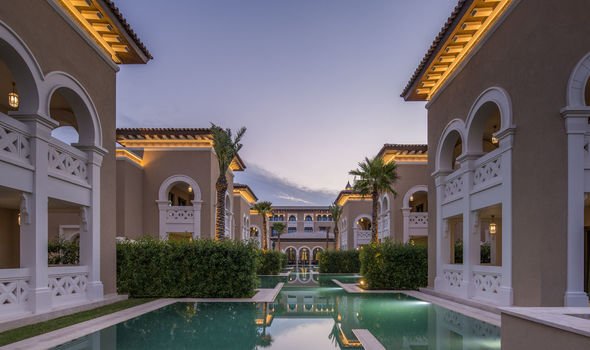 The rooms and suites are elegant, styled with elaborate marble flooring, curved velvet furniture and accents of sea green. A dozen spectacularly luxurious three-bedroom villas have their own pool, butler service, clubhouse bar and restaurant.

Certainly, hunger will not be an issue with 10 restaurants and bars to try. Turquoise is the all-day dining restaurant where breakfast is served, with seating inside and out. The Orient Turkish has a sharing concept, offering mezzes and kebabs. I particularly enjoyed Mermaid seafood restaurant for its panoramic ocean views and splendid seabass.

While it’s tempting to stay put, relaxing in the sumptuous surroundings, soaking up the year-round sunshine and enjoying life on the private beach, there is plenty to experience in the UEA’s forward-thinking cultural heart. 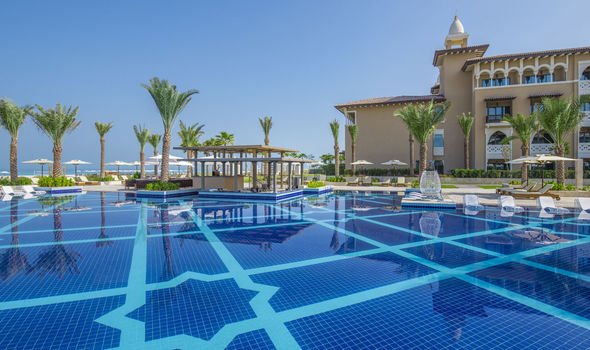 Since opening in 2017, the Louvre Abu Dhabi gallery, sister to the original in Paris, has begun transforming the image and appeal of the city.

An architectural triumph, its low-slung, web-patterned dome, that appears to float above a cluster of white, box-like buildings on the seafront, is designed to mimic the effect of the sun shining through the fronds of a palm tree. The sea breeze is naturally funnelled under the dome, reducing the city’s searing heat by at least five degrees.

The gallery has more than 600 exhibits, half of which are on loan from Paris. The rest have been purchased by the UAE Government for its permanent collection and range from ancient artefacts to priceless paintings by Picasso, Van Gogh and Monet. 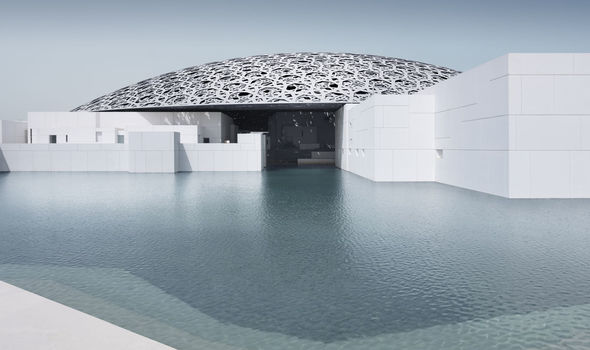 The highly successful Louvre paves the way for the Norman Foster-designed Zayed National Museum, set to open in 2021, followed by a new Guggenheim by Frank Gehry, due to launch the following year, and secure Abu Dhabi’s place on the cultural map.

For a flavour of Abu Dhabi in a bygone era, I next head to its oldest building – the Qasr Al Hosn fort. Built in 1793 by then ruler Shakhbut bin Dhiyab Al Nahyan, its purpose was to defend the only freshwater well in the area.

It is astonishing to think that Abu Dhabi was first connected to the electricity grid in 1966. There is a picture of Qasr Al Hosn, taken around 1965, with it standing in a desert with just a couple of small buildings around it. These days it lies in a bustling downtown area, dominated by mirrored skyscrapers on each side. 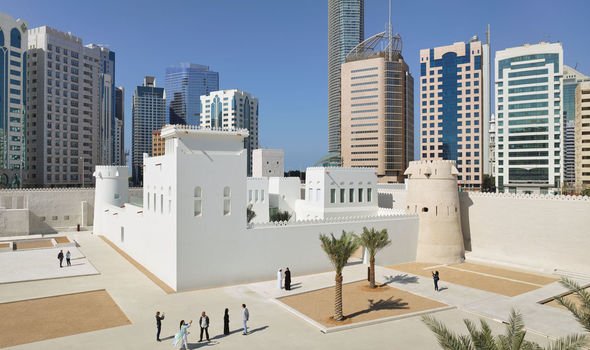 When the UAE started exporting oil back in 1962, it became relentlessly future-facing, resulting in its heritage taking a backseat for a time.

There has, however, been a change of heart in recent years, with the restoration of the fort which now has a genuinely fascinating interactive experience tracing the region’s meteoric rise from poverty to the super-wealthy, high-tech country of today.

Tickets for the fort include two other attractions. Bait Al Gahwa is a demonstration in how to prepare traditional Arabic coffee, gahwa, which is quite a bitter brew, best sipped while eating dates to sweeten the experience. The House Of Artisans, meanwhile, offers an interesting insight into traditional creative work, such as basket-weaving, performed by highly-skilled craftswomen. 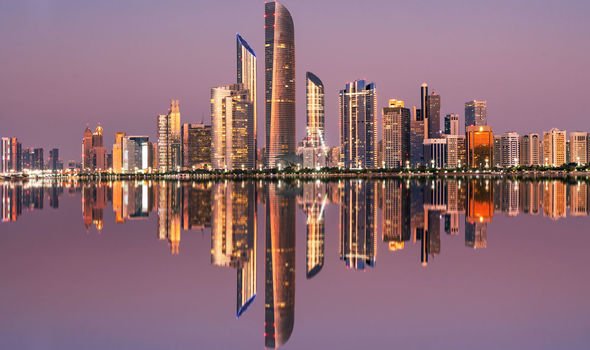 A masterpiece of modern Islamic architecture is the Sheikh Zayed Grand Mosque. Visible from the bridges joining Abu Dhabi to the mainland, it offers an awe-inspiring welcome to the city with its 80 marbled domes, and 107m high minarets.

Taking 11 years to construct, it was a gift to the people from the late Sheikh and is open to all faiths. Along with three gold and crystal chandeliers, the largest of which weighs 11 tonnes, one of the prayer hall’s most impressive features is the world’s largest loomed carpet. An awe-inspiring attraction, it receives around 25,000 visitors a day and has been voted the world’s second favourite landmark by TripAdvisor for two years running.

Keen to capitalise on the new wave of tourists heading to its shores, Abu Dhabi also offers a range of tailor-made experiences to show off its fun side.

At the Arabian Nights Village, located in a mini resort with restaurant, pool and overnight accommodation, I had a go at boarding down the side of a sand dune, camel-riding and a hair-raising dune-bashing experience. 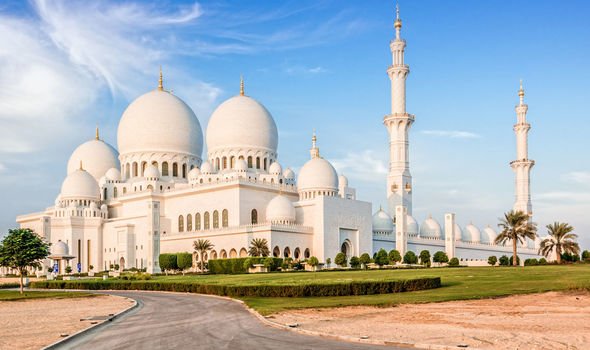 Strapped in the back of a 4×4 with partially-deflated tyres, a seemingly fearless driver roared the jeep up impossibly steep sand dunes before slaloming sideways back down. All tremendously exciting fun, if a little sweat-inducing.

Back at the village, we sat down to a traditional Arabic meal, while a costumed belly dancer shimmied around us, before a drive across the sands back to the city.

Midway through the journey, the driver suddenly stopped to show us what he said was one of Abu Dhabi’s greatest natural wonders. Alighting, we stood in silent wonder as we gazed into an Arabian night sky full of stars.

GETTING THERE: Destinology offer a seven-night stay on all-inclusive at the Rixos Premium Saadiyat Island resort in Abu Dhabi starting at £2,440 per person, staying in a Deluxe Garden View Room and travelling on selected dates in 2020. Includes Etihad Airways flights from Heathrow, departures from Manchester also available. See destinology.co.uk or call 01204 823762.