Home » Holiday » A guide to easy-peasy mountaineering around the world 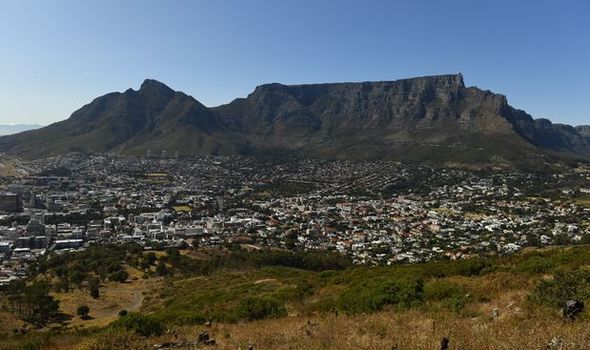 It looms over South Africa’s most popular city Cape Town, and its distinctive shape has been the backdrop to decades of cricket and rugby matches, so it’s not surprising that Table Mountain is such a popular destination. Its flat top at 1,086 metres is actually a national park with a taste of South Africa’s rich wildlife, such as porcupines and mongooses, plus the endemic Table Mountain ghost frog.

The best views are back down to town, and to the beach resort of Camps Bay.To the south lies the Cape of Good Hope, where the Atlantic meets the Indian Ocean.

The easy way: There’s a cable car directly up the mountain from a base station on the city’s fringes.At the top, there’s a café and a visitor centre and special walkways that minimise damage to the environment from all those visitors. tablemountain.net

Spain’s highest mountain, a dormant volcano which reaches 3,718 metres, stands impressively alone, rising straight out of the sea to form the bulk of the island of Tenerife. Being an extinct volcano, it is surrounded by a high crater filled with a hostile sea of solidified lava, whose pathways (and cafés), distract many from actually going to the top.

But it’s only from the peak that you get to see other islands, particularly La Gomera, and possibly Gran Canaria, poking through the clouds.And maybe, shimmering in the distance, the mythical San Borondon, the supposed eighth Canary.

The easy way: The drive up to the crater badlands takes around 75 minutes.The last 614 metres to the peak is either a difficult scramble, or by cable car.That brings you to the upper station, from which you have to walk the last 150 metres to the top of the world. hellocanaryislands.com

With a lake on either side, the Wolfgangsee and the Mondsee, this 1,783-metre peak is not one of the more famous Austrian Alps, but is set in a more genteel and bucolic world than the starker, higher peaks behind it. 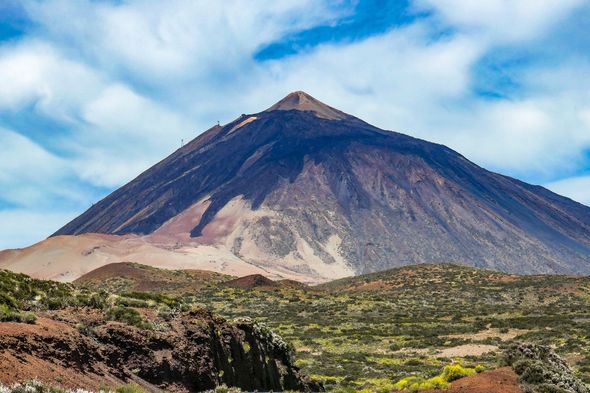 At the top, there’s an elaborate mountain hut called the “Himmelspforte”, which in English means “Gates of heaven”, where you can have an apfelstrudel while lapping up the lake-decorated view.

The easy way: Most people opt for the ditsy little steam-hauled train that puffs its way up from StWolfgang to the top.

This Schafbergbahn, the steepest cogwheel railway in Austria, was actually inaugurated way back in 1893, and not a lot has changed since. schafbergbahn.at

The Stanserhorn stands in a sumptuous setting at 1,898 metres above Switzerland’s beatific Lake Lucerne, and from the top you can see the smudge of Lucerne itself.

City dwellers come here for the marmots, the hiking and hang gliding, but it is also a place to just let your soul hang.

The easy way: The Swiss have always been at the cutting edge, and they’ve equipped the Stanserhorn with the world’s first cabriolet cable car, a double-decker with an opentopped terrace. To make the journey extra special, cross from Lucerne to Stansstad on one of the lake’s classic paddlewheel steamers. stanserhorn.ch

This tropical mountain stands 2,243 metres tall in the central highlands of Sri Lanka. It is sacred thanks to a mark in a rock at the summit, which locals hold to be the footprint of Buddha – or else where Adam first landed on earth after being cast out of heaven, depending on your point of view.

Anyway, there’s a Peace Pagoda half way up, a shrine at the top, and pilgrims arrive here at sunrise to witness the shadow the mountain casts on the forests below. 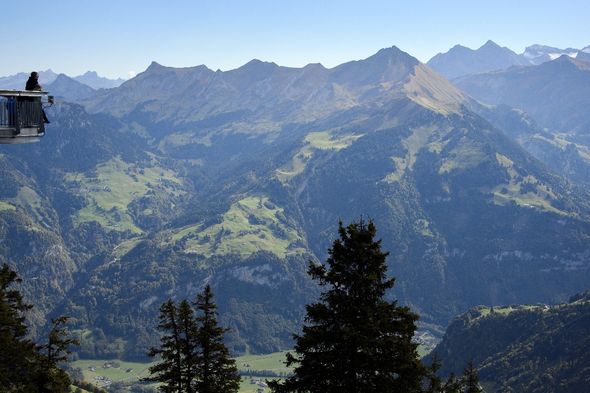 The easy way: There’s a staircase all the way to the top, starting from the village of Nallathanniya. Mind you, with 5,500 steps, we’re not saying that’s easy, but you’ll be surprised how many very fraillooking Sri Lankans can make it up. srilanka.travel

The highest point inWales towers over a landscape of cold cliffs, bleak moors and lonely lakes in its own national park, but nevertheless this is supposedly the world’s busiest mountain, with some 750,000 people a year reaching its 1,085-metre peak.

Some hike up on the likes of the Miners’ Track, watched by birds of prey, but the vast majority arrive in comfort, by train, to sample the gift shop and the café.

The easy way: The Snowdon Mountain Railway dates back to 1896, and some of its Swiss-made steam locomotives are antiques.The line, which starts down in Llanberis, unlocks the landscape for those for whom it would otherwise be out of reach. snowdonrailway.co.uk

The emblematic mountain of Rio de Janeiro towered over competitors in the Rio Olympics. Named because of its resemblance to the shape in which refined sugar was sold back in the 19th century, the Unescoregistered Sugarloaf’s stand-alone location rears up over Guanabara Bay, and attracts visitors like bears to honey, despite its relatively modest 396 metres.

At the top, the intoxicating view takes in the city, the celebrated Copacabana beach resort, the famous Christ the Redeemer statue with its open arms, and open sea. 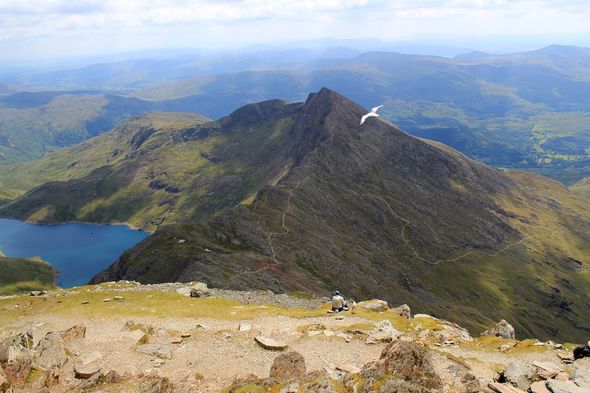 The easy way: To get up under your own steam requires serious rock climbing. Happily there’s a cable car which does the journey from downtown in two stages, with a first stop at Mount Urca to whet your appetite, and then to Sugarloaf. Come at sunset. bondinho.com.br

Germany’s highest point (2,962 metres) straddles its border with Austria, surrounded by other Alpine peaks. This is a high, arid, moon-like landscape, with its own (dwindling) glacier.

But this is also Germany, remember, so of course there is a beer garden, in an elaborate mountain-top complex. Mind you, you’ll need to delay drinking if you want to reach the actual summit, a further 40-metre scramble up a steep ladder and handrail.

The easy way: A cogwheel railway runs right up through the skin of the mountain from the centre of the Bavarian resort of Garmisch-Partenkirchen. Its end station the Zugspitzplatt is 300 metres below the top, so a short cable car completes the journey. zugspitze.de

1,011-metre Mount Hoven may not sound high, but its flank rises almost sheer from the Nordfjord, and to climb up under your own steam would involve a via ferrata – a route which uses steel cables and metal ladders.

The reward is a view over the fjords, watching the hang gliders launch themselves into the void.

The easy way: Loen is about four hours north of Bergen in the heart of Fjordland.The Loen Skylift is one of the steepest in the world, and at times the cable car is just nine metres from the rockface. If you want more of an adrenalin rush, there are a couple of hairy ziplines at the top. loenskylift.com