Do you like mountains, classical music and Willem Dafoe? You’re in luck. This 2017 doc is narrated by the actor and features music by, among others, Vivaldi and Beethoven – performed by the Australian Chamber Orchestra. Jennifer Peedom (Sherpa) directs footage from many locations, much of it captured by mountaineer and photographer Renan Ozturk. In a departure from the typical information-heavy documentary, the meditative script ponders on our relationship with heights and risk – vertigo sufferers will be clinging to the edge of the sofa.
• Rated PG, on Netflix, Google Play, YouTube 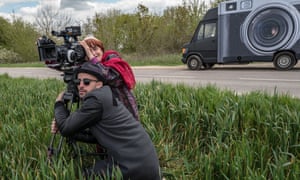 The late, great director Agnès Varda teamed up with street artist and photographer JR for this 2017 arty trip through their home country, France. This isn’t the country’s touristy side, though, and is all the more fascinating for it. The pair travel to small towns and deprived industrial areas, taking pictures of working people and turning the results into murals on the sides of buildings. Their work and their conversations bring a sense of creativity to the communities, and showcase the quiet beauty and dignity found in corners that sometimes get missed.
• Rated 12, available on Netflix, Rakuten TV, Google Play, iTunes

Encounters at the End of the World 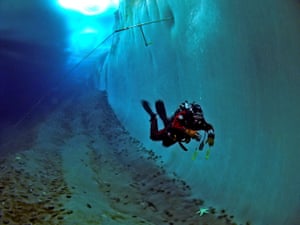 German feature film director Werner Herzog has also made many a strong travel-doc and this one, from 2007, is among his finest. Perhaps it’s no coincidence that the word “encounters” summons thoughts of aliens: the Antarctica footage has an otherworldly quality, as his cinematographer, Peter Zeitlinger, captures remarkable creatures living under the surface of the ice As he does, Herzog is getting to know the equally fascinating people living above it. This is no “fluffy penguin” doc, as his narration states.
• Rated U, on iTunes (99p), Google Play, YouTube

Salt of the Earth 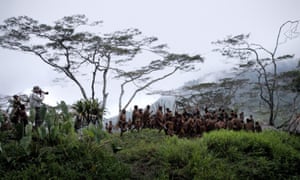 Brazilian photojournalist Sebastião Salgado spent 40 years documenting groups of people in lesser-known corners of South America, Africa and central Europe, and the results are compelling. This Oscar-nominated 2014 documentary sees Salgado talking about his life and work, sharing the stories behind his monochrome stills, as well as captivating nature footage. The way he captures pain and suffering means this is not always an easy watch, but it’s a richly rewarding one.
• Rated 12, on Amazon, Google Play, YouTube 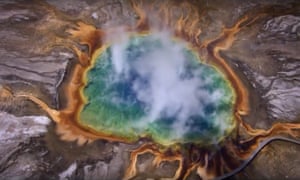 Here’s a good one for all the family, to watch on a large screen if you have one. Directed by photographer Yann Arthus-Bertrand, Home (made in 2009) features extraordinary aerial nature footage from 54 countries – from tumbling waterfalls to rich green forests to herds of deer. The narration from Glenn Close veers towards the patronising but has a strong message about biodiversity. Bertrand made the film widely available for free in order to reach as large an audience as possible.
• Rated U, on Amazon Prime, YouTube and more 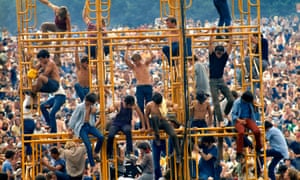 With summer festivals around the world either cancelled or postponed, here’s the chance to take a trip to the most famous of them all. This epic, Oscar-winning documentary checks in on performers, hippies, skinny-dippers, fence jumpers and even nuns enjoying the ground-breaking music fest in Bethel, New York state, in August 1969. Opening with Richie Havens and closing with Jimi Hendrix, it captures a significant moment in counterculture history. A party in a movie.
• Rated 15 (UK, US rated R), on iTunes, Sky Store

Tawai: A Voice from the Forest 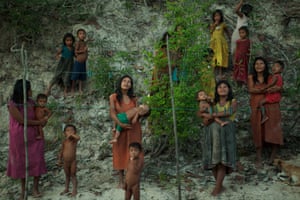 Visit tribes in Borneo and the Amazon with explorer Bruce Parry, who shares travel footage in this self-directed film. Parry zeros in on hunter-gatherers in the hope he can learn something from their way of life, and seeks the opinion of experts on the topics raised. Tawai throws up more ideas than it can answer, but the questions about connection and learning from our environment have never felt more timely.
• Rated U, on Rakuten TV, BFI Player, Sky Store, iTunes, YouTube, Microsoft Store

March of the Penguins 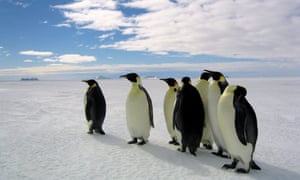 Any time is a great time to revisit this cuddly classic filmed in Antarctica – but now seems particularly good. Morgan Freeman narrates the story of a year in the life of the Emperor penguins, who waddle across glorious but perilous icy landscapes on an annual trek for mating season. Anthropomorphism at its finest.
• Rated U, on Chill, Google Play, iTunes, YouTube, Microsoft Store

Children of the Snow Land 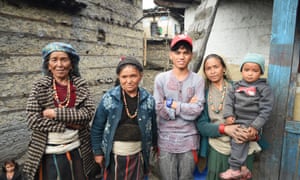 This multi award-winning film follows young people making a long and emotional trek back to their homes in the mountain villages of the Himalayas. Sent away to school in Kathmandu as children, they’ve spent more than 10 years away from their parents, who lead simple lives in jaw-dropping surroundings. The reunion is an eye-opener to all.
• Rated PG, on Curzon Home Cinema

Life In A Day 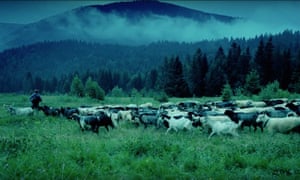 There’s something especially poignant about watching this collection of films made by people all over the world, on the same day: 24 July 2010. What do you love? What do you fear? What’s in your pocket?’ Director Kevin Macdonald posed these three questions on YouTube and, with his team, sifted through more than 81,000 contributions to create a frank, moving snapshot of life in countries all over the world.
• Rated 12, on YouTube