Black Elk, looking down on the whole hoop of the world from Harney Peak, understood more than he saw. For me it was the other way.

Least Heat-Moon dodges America’s freeways and cities in his van, known as Ghost Dancing, in favour of back roads and one-horse towns, deliberately making detours to places such as Love Joy, Tennessee; Gassaway, West Virginia; and Intercourse, Pennsylvania, to discover how they got their names. Actor Joe Barrett provides the perfect narrator’s voice, encapsulating the inquisitiveness, humour and, at times, despair of its author on his ambitious late-1970s trip. 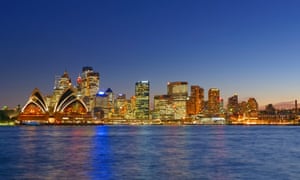 By David Byrne, read by the author

Holy freaking dooly, what a weird and gorgeous city!

For decades now, the former Talking Heads singer has taken his fold-up bike along on his travels, plus a notepad, pen and camera. The result, Bicycle Diaries, is a mix of geography, history, philosophical musings and tips on the most cycle-friendly cities. Created as a piece of “audio art”, the spoken-word version of Bicycle Diaries is a treat for audiophiles and velophiles alike. When Byrne enthusiastically begins reading his chapter on – say – Sydney, we are treated to the sounds of the city’s main park, its birds, its fruit bats and a distant aria from the Opera House. Sublime. 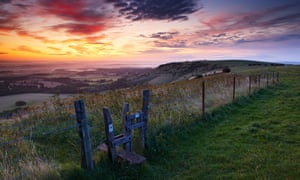 Time had gone soft at the crossroads. And let me tell you how …

So begins Chanctonbury Rings, a 90-minute musical and spoken-word collaboration. More album than audiobook, this takes the listener on a strange and compelling journey down the lanes and narrower “twittens” of the South Downs in search of mysteries, memories and the ghosts of Hopper’s past. The alchemy of his words – extracts from Hopper’s haunting travelogue The Old Weird Albion – and Kraus’s original electronic music make for a blissful and original piece of work.

Zen and the Art of Motorcycle Maintenance 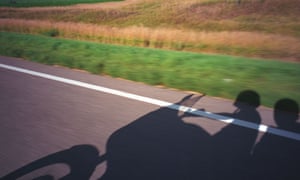 Pirsig’s unique and strange story oscillates between a long motorcycle journey across the US with his son, the revelation of the mental breakdown of his former academic self, and metaphysical expositions into Zen and the nature of quality. For those who lost their way attempting to read the book, this high-quality, 90-minute BBC dramatisation starring James Purefoy is a perfect re-entry point. 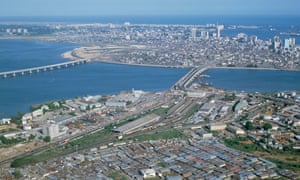 Months of travelling cheek-by-jowl in cars had instilled in me a new-found loathing of men’s legs, which, like air, seem constantly to expand to fill the space available. I’m amazed they’re not all buried in Y-shaped coffins.

Ten years after her activist father was murdered in Nigeria, Noo Saro Wiwa attempts to retrace her roots through a personal journey across her country of origin. While not avoiding her many frustrations with Nigeria, the author uses affection and humour to make this an enjoyable and fascinating road trip. Actor Anjoa Andoh’s understated delivery makes for an easy intimacy between listener and narrator.

Full Tilt: Ireland to India with a Bicycle 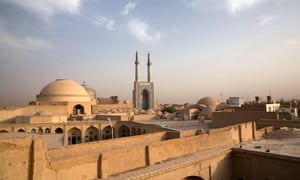 This extraordinary mountain, which inspires the most complex emotions in the least imaginative traveller, affected me so deeply that I have thought of it ever since as a personality encountered, rather than a landscape observed.

First published in 1965 and presented in diary form, Full Tilt describes Murphy’s travels across Europe and through Iran and Afghanistan, Pakistan and India on her trusted bicycle, Rozinante, later to become “Roz the Indomitable”. Emma Lowe’s straightforward narration perfectly reflects Murphy’s pragmatic approach to life, even in those hair-raising moments when faced with heatstroke, starvation, broken bones or the need to protect herself with the pistol she thoughtfully packed under her bike seat. 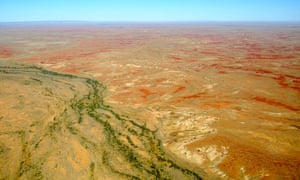 Like any journey, it’s not what you carry but what you leave behind.

A commission from National Geographic was the final push that Robyn Davison needed in 1977 to take a camel trek 1,600 miles across the Australian outback from Alice Springs to the Indian Ocean. Despite some hairy moments the 27-year-old completed her journey in under a year, with just four camels and a dog for company. As good as the film adaptation starring Mia Wasikowska is, Angie Milliken’s eight hours of soft narration allows the listener time to imagine what it must be like to be swallowed up in the vastness of Australia’s desert landscape. 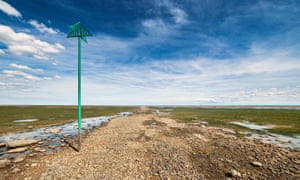 The compact between writing and walking is almost as old as literature … a walk is only a step away from a story, and every path tells a story.

Eschewing tarmac for paths, holloways and drove roads, The Old Ways is a compilation of walks along some of the UK’s most unusual pathways, from its oldest, the Ridgeway, to its most perilous, the Broomway on the Essex coast. Penguin’s audiobook of The Old Ways makes for the perfect pairing of the author’s evocative and poetic prose with the rich, intimate tones of award-winning producer and actor Roy McMillan, who has narrated three of Macfarlane’s key travel memoirs.

Around the World in 72 Days 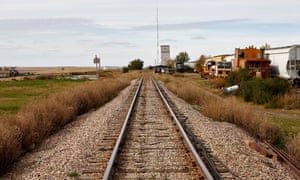 I need a vacation; why not take a trip around the world?

In 1887, Nellie Bly singlehandedly took investigative journalism to a new level by faking her own insanity to uncover the harsh conditions of New York’s Municipal Lunatic Asylum. Three years later, she persuaded her newspaper to fund a round-the-world attempt to beat Phileas Fogg’s fictional 80-day journey: the title of the resultant book serving somewhat as a plot spoiler. Narrator Nelle Watters provides the compelling voice of the young journalist (she was 25) as she travels 25,000 miles by donkey, rickshaw, horse and train, only to return wearing Jules Verne’s favourite Breton shirt. 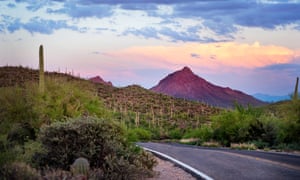 By Jack Kerouac, read by Matt Dillon, or Frank Muller

All he needed was a wheel in his hand and four on the road.

No list of road trips is complete without Kerouac. As the legend goes, On The Road was written in 1951, on a giant scroll of paper, non-stop over three weeks with Kerouac’s racing imagination fuelled by tobacco, benzedrine, jazz and caffeine. Kerouac’s more liberated alter-ego, Sal Paradise, and his pal Dean Moriarty (Neal Cassady) are brought to life through both Recorded Books’ Frank Muller and Audible’s Matt Dillon, both swinging with the text, from Kerouac’s intensity to depression to libidinous wild joy and back again.

David Bramwell is author of The No 9 Bus to Utopia, a journey across the world’s most extraordinary communities. A six-part dramatised audio version of his book can be found on The Odditorium podcast and at drbramwell.com