Tons of shows go all-in for holidays like Halloween and Christmas, but Thanksgiving is often left out. But not on Friends. The beloved sitcom made it a point to celebrate Turkey Day with an episode devoted to the holiday in all 10 of its seasons. Now, with the entirety of Friends now available on HBO Max, you can easily watch all 10 episodes as you gear up for the big day. But if you’re short on time (or can only handle so much of Ross’ nonsense in a single sitting) I went ahead and ranked all of the Friends Thanksgiving episodes so you know which ones you simply can’t miss.

Comedy is subjective, and most Friends fans have *strong* opinions on their fave episodes. Here are the factors I considered in making this list: How quotable is the episode? What classic, relatable Thanksgiving detail does it capture? Who guest stars in it? Ultimately, when we think of a Thanksgiving with the six friends in Friends, what season comes to mind?

No matter what, an hour or two spent watching Friends is a Thanksgiving inevitability. Play these episodes in the background when you’re setting the table or save them for when your food baby starts to get uncomfortable — and stay away from the beef trifle! 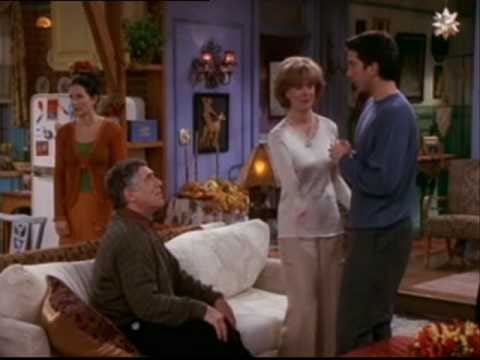 When I think of a Friends Thanksgiving, I envision Ross and Monica divulging each other’s biggest secrets to their parents, Phoebe crushing on Jack Geller from afar, and Rachel unsuccessfully trying to craft the perfect dessert. Who can’t find something to relate to in that? The episode also wins for quotability, particularly thanks to Ross’s declaration that Rachel’s failed trifle "tastes like feet."

Ross and Monica’s fierce sibling rivalry reignites when the others suggest they play a game of football before dinner is on the table. From Phoebe’s childlike delight about playing sports to Rachel’s struggles in keeping up, the episode smoothly melds one of the nation’s favorite holiday traditions with established character traits and Season 3’s existing storylines, such as Chandler trying to recover from another breakup with Janice. It also earns some bonus points for doubling as a way to convince your family not to make you watch actual football.

3. "The One With All The Thanksgivings" (Season 5) 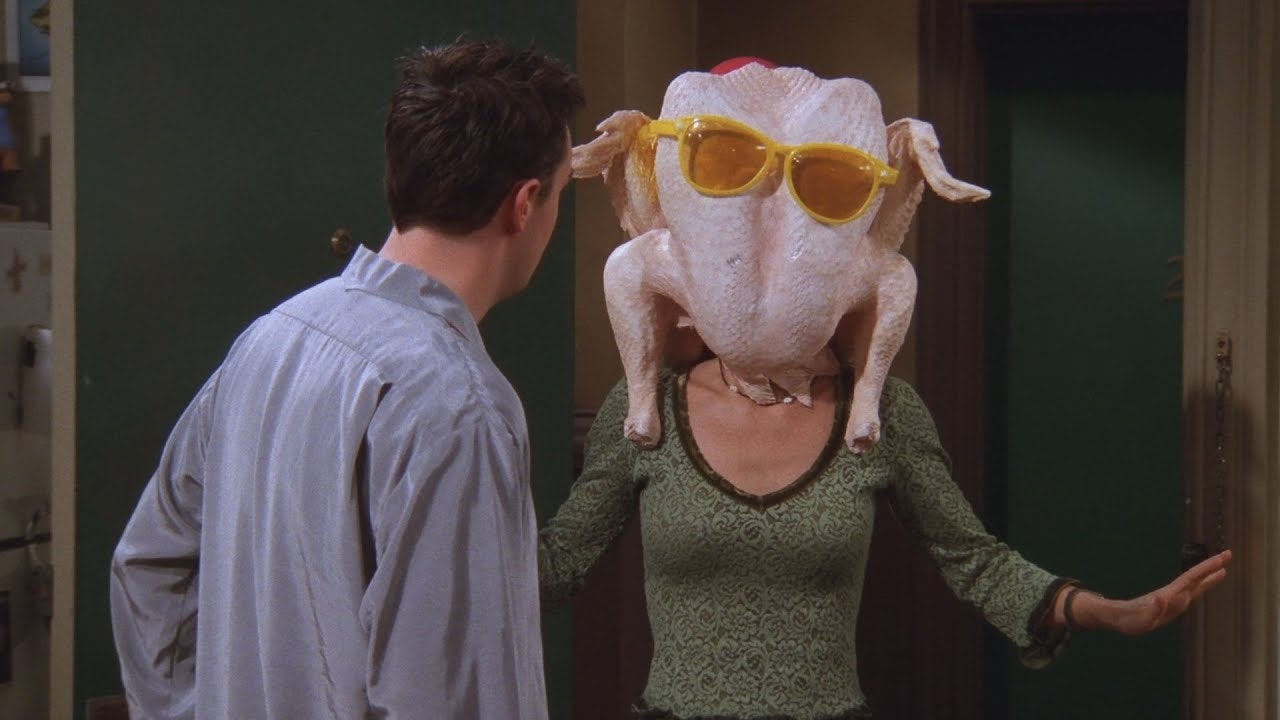 The most iconic image from a Friends Thanksgiving episode is Monica wearing an uncooked turkey on her head as she dances to cheer up Chandler. While reminiscing about past Thanksgivings (complete with cringe-tastic ’80s wardrobes), Chandler realizes he lost a toe thanks to Monica’s attempts to get back at him for his mean, fat-phobic comment about her. Newly dating, the couple reconciles by the end of the episode, and Chandler utters his first "I love you" to Monica.

This one requires a bit of context to fully grasp its greatness. You see, it guest-stars Brad Pitt (who was even more of a heartthrob back when the episode first aired than he is now, if that’s possible). But even better: Pitt was married to Aniston at the time. So, when it’s revealed Pitt’s character is an old high school classmate who once formed an "I hate Rachel" club with Ross, it’s especially hilarious. He even scored a Primetime Emmy Award nomination for his guest role.

Meanwhile, Joey is determined to finish the enormous turkey Monica prepared especially for him (classic Joey).

Friends‘ fourth season is arguably one of the show’s strongest years. While this Thanksgiving story isn’t really a season standout, it brings fans the silly but satisfying visual of Chandler trapped in a box to atone for kissing Joey’s girlfriend. As the men argue about Chandler’s faux pas, Monica invites the young, attractive son of her ex Richard to Thanksgiving dinner, making the rest of the group uneasy. The episode’s most quotable moment comes from Monica calling out her friends for their own romantic flaws, seen above.

In this episode, Christina Applegate joins the gang’s Thanksgiving table as Rachel’s sister Amy, who is insulted when she learns Ross and Rachel wouldn’t leave their baby Emma to her if they died. As the sisters gradually creep toward having an explosive fight over Monica’s china, Phoebe teaches Joey how to lie after he forgets to join his Days of Our Lives co-stars on a Thanksgiving parade float. Like with Pitt the year before, Applegate’s Emmy-nominated performance is the episode’s memorable highlight, adding a hilarious layer to the group’s typical holiday dinner. 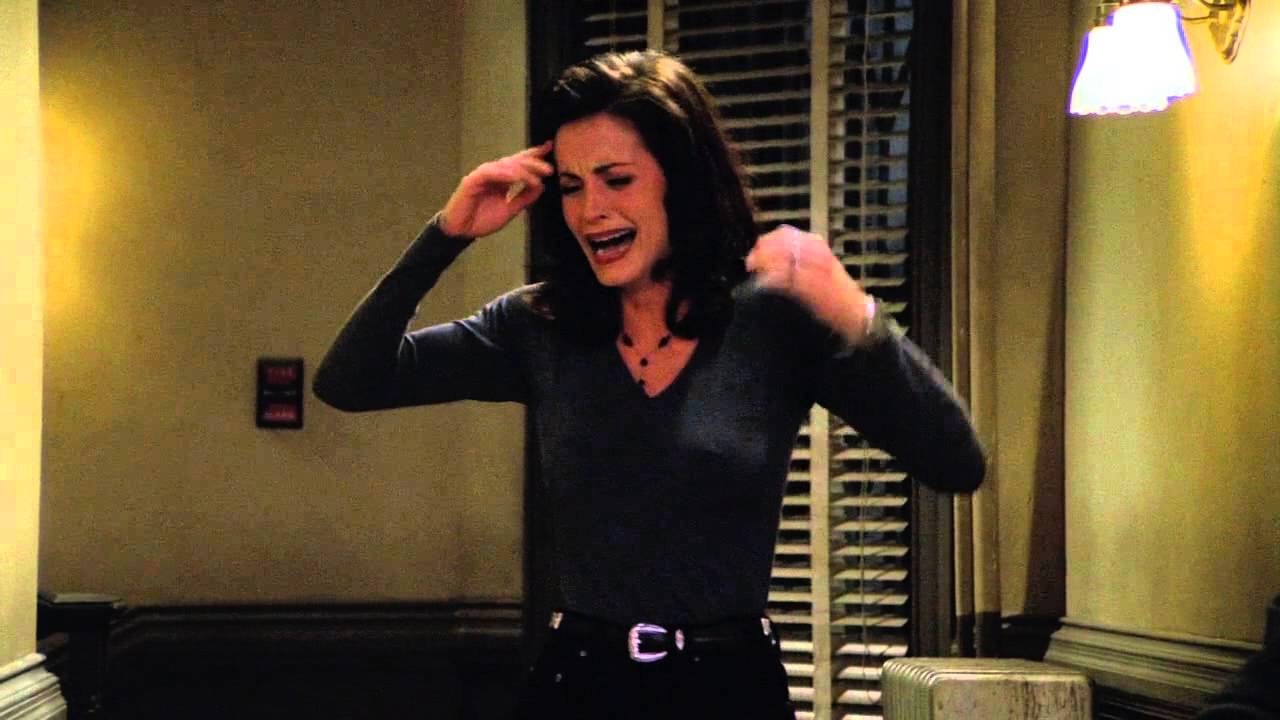 After the Geller parents announce they’re going away and the rest of the main characters get stuck in New York for the holiday, Monica offers to host the gang for their first-ever Friends-giving… but it’s is a lot harder than she expected.

"TOW Underdog Gets Away" feels the most relatable for 20-somethings spending the day away from home and struggling to recreate their favorite dishes that Mom always made perfectly. Seeing as the characters and their holidays noticeably "grow up" after this year, this episode is perfect if you’re kicking off your own Friends phase of living independently.

As with much of Friends‘ final season, "TOW the Late Thanksgiving" feels a bit too much like a means to an end. After convincing an uninterested Monica and Chandler to host Thanksgiving, the others ditch dinner for their own plans. When Joey, Ross, Phoebe, and Rachel finally show up late, the couple locks them out of the apartment, leading to the episode’s best moment, with Joey squeezing through the door and crashing into the food. It ends on a sweet note when Monica and Chandler learn an expectant mother has picked them to adopt her baby, but fitting with Season 10’s tone, the episode is just missing that something special that made fans fall in love with so many other episodes. 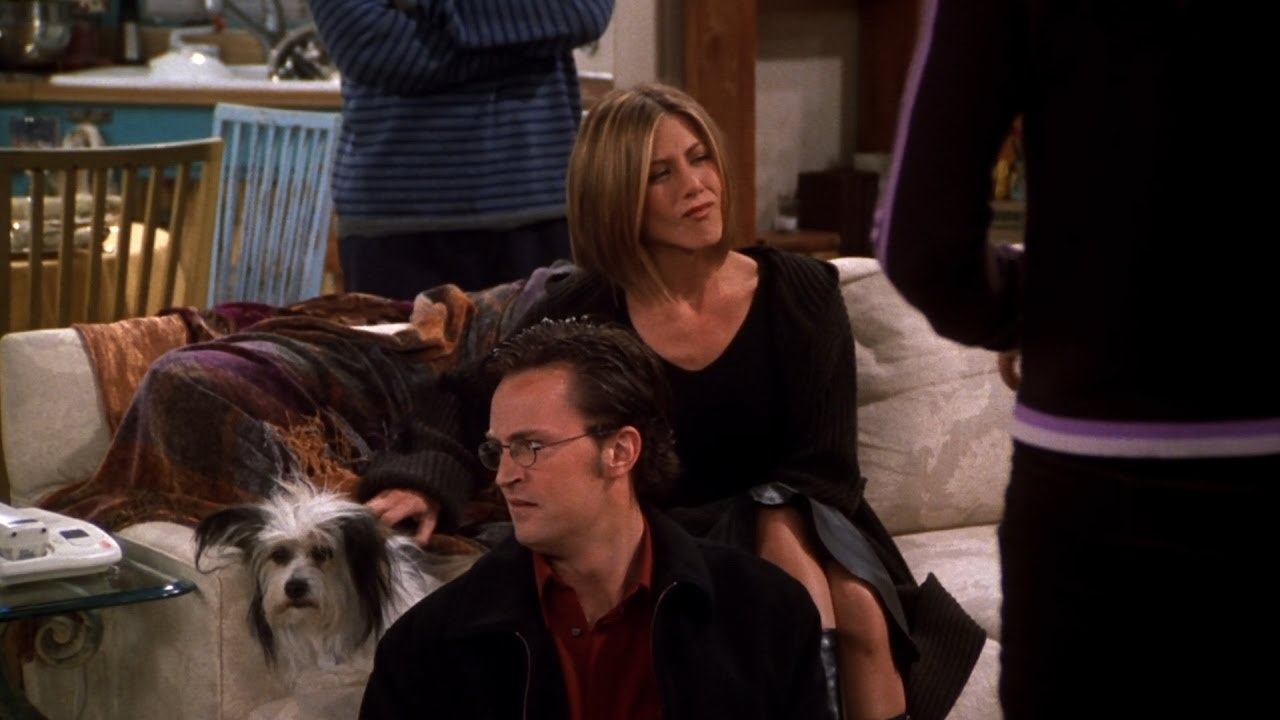 Even longtime Friends fans tend to forget the specifics of "TOW Chandler Doesn’t Like Dogs." Rachel’s cute but forgettable assistant Tag is the special dinner guest this year, prompting Rachel to wonder whether she should tell him how she feels about him (which, hello, inappropriate). Meanwhile, Phoebe hides a dog from dog-hater Chandler, while Ross is determined to name all 50 U.S. states before eating. It really is as random and thrown-together as it sounds, but on the bright side, it does lead to some great episodes that follow it, like "TOW the Holiday Armadillo" and "TOW All the Cheesecakes." 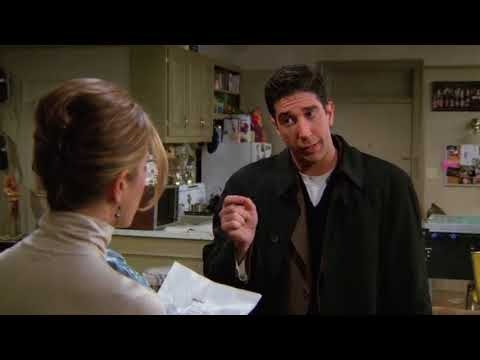 Although it’s always included in the official Turkey Day lineup, "TOW the List" is the least festive, coming at an awkward time before the show seemed to realize it would stick to its own annual tradition of Thanksgiving themed episode. It mentions Thanksgiving only briefly and focuses more on Ross’s list of pros and cons about dating Rachel. As a whole, the second season is very enjoyable, but on Thanksgiving, this episode isn’t something you’d want to curl up on the couch with some pie to watch. If you have to skip a few seasons in your marathon, this is the one to cut.

This article was originally published on November 19, 2018