The wild and untamed Chilean Patagonia region draws adventuresome travelers who want to experience some of the most diverse and remote geographies on the planet. A sparsely populated area that encompasses the entirety of South America’s southern tip, naturally bounded by the Andes mountains and the Pacific and Atlantic oceans, Patagonia spans portions of both Chile and Argentina.

Chilean Patagonia begins in the Araucanía region, stretches down to the country’s southernmost tip and offers a uniquely wondrous variety of landscapes that can be found absolutely nowhere else on Earth. With so many routes and so many special places available for visitors and locals to explore, how do you know which to choose?

Adventurers looking for the rawest and most authentic Chilean experience would do well to veer away from the most-traveled routes through Patagonia and opt for a journey that takes them off the beaten path. Here, we’ll outline a few pathways that will take you into the true heart of the region.

The southernmost town on the entire globe, Puerto Williams is located on an island at the end of the world. The settlement, home to the last indigenous community of the Yagan people, is only now gaining exposure among international travelers, making it among the most unknown journeys through Patagonia. Its gorgeous landscapes and amazing amount of biodiversity have long attracted researchers in the natural sciences, including Charles Darwin.

Here, you can follow in the footsteps of the father of the Theory of Evolution by exploring Wulaia Bay or Cabo de Hornos (Cape Horn) National Park, designated a UNESCO World Biosphere Reserve. History buffs will appreciate remnants to be seen of Puerto Williams’ colonial era, as well as archeological evidence of the native Yamana people’s most important settlement and vestiges of their culture.

You might set off on horseback, riding along the shore of the Canal del Beagle (Beagle Channel), named after Darwin’s vessel. Or, opt to follow the world’s southernmost trekking route through the Dientes del Navarino (Navarino Teeth) mountain range, blanketed in Magellanic forests and peat mudflats rich in fauna, broken up by the presence of various lakes and lagoons. But, be warned, the challenge of traversing that trail is not for the faint-hearted. 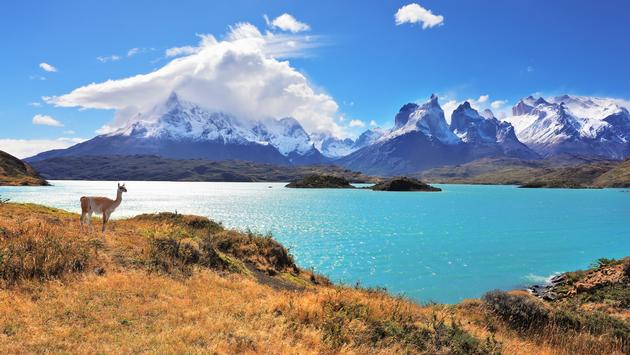 Tierra del Fuego (Land of Fire) archipelago is located at the southern end of Chile, accessible via the Strait of Magellan, and serves as the gateway to Antarctica. Battered on all sides by wind and sea, Tierra del Fuego is home to some of the country’s most extreme landscapes, including snow-covered tundra, steep mountain slopes and glaciers. Most of the land is still in its natural state, and wildlife like guanacos, foxes and wild horses wander freely across unpaved roads as condors soar high overhead. This is one of the most magical journeys through Patagonia.

Here, you can visit the Parque Pingüino Rey (King Penguin Park), located along Bahía Inútil (Inútil Bay) to see the only King Penguin colony in Chile and the second-largest one in the entire world. You’ll need to book your visit online well ahead of time if you want to get in to meet a penguin in person, as capacity is limited to protect the animals and their habitat. 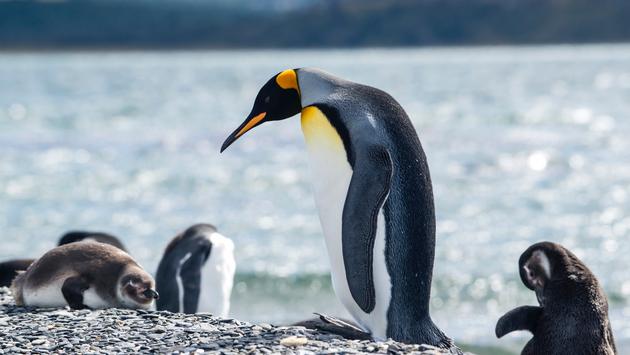 Caleta Tortel is a small town situated in a spot so remote that it’s been excluded from adventures through Patagonia for many years. But, lately, the beauty of the area has begun to attract the attention of travelers.

Otherwise known as the “city of bridges,” Caleta Tortel contains 4.7 miles of platforms, bridges, walkways and stairs, all built with cypress wood, making the whole town seem as if it’s floating on the sea. From the Cerro Tortel viewpoint, you can look out over the picturesque community and surrounding nature, the mouth of the Baker River—the most voluminous river in Chile—and the Mitchell Fjord. You might decide to take a sailing trip to discover firsthand the mysteries held on the nearby Island of the Dead, where dozens of tombs and crosses lie in tribute to a team of workers who were swallowed by the sea after a tragic shipwreck.

Caleta Tortel is accessed via Villa O’Higgins, the last town on the Carretera Austral (Route 7), where roads remain unpaved and Chile’s Southern Ice Fields begin. The remote town sits at the mouth of the Mayer River and the O’Higgins Lake—the deepest lake on the American continent. 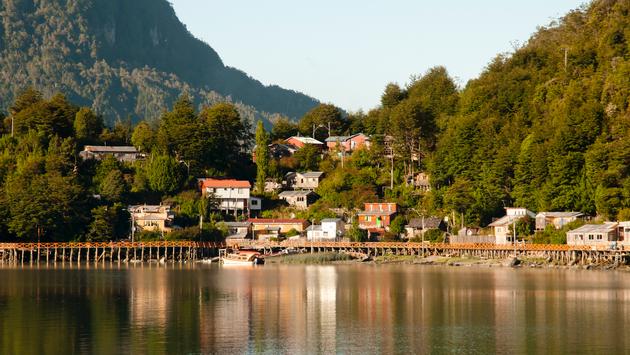 Nearby sits Bernardo O’Higgins National Park, which is the largest park in Chile and among the entire world’s most vast. It features 49 glaciers, which form part of the third-longest expanse of continental ice on the planet, and is known as a habitat for huemules (South Andean Deer), South American fur seals and South American sea lions.