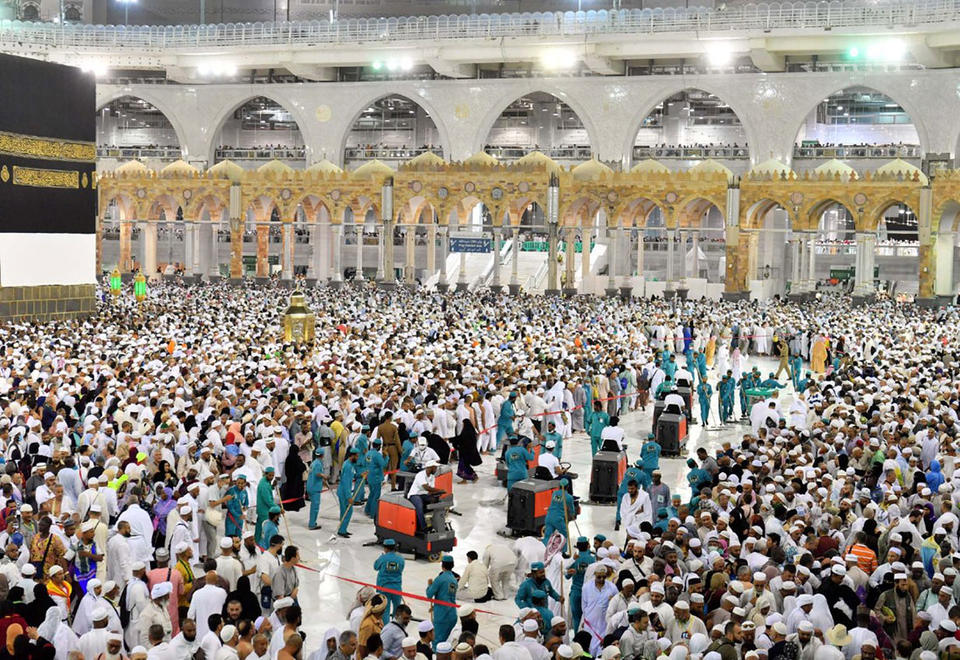 Saudi Arabia on Friday barred citizens from the six-nation Gulf Cooperation Council from entering two of Islam’s holiest cities amid fears over the new coronavirus, the foreign ministry said.

The decision to halt access to Makkah and Medinah comes a day after the kingdom suspended visas for the year-round “umrah” pilgrimage, an unprecedented move that has left tens of thousands of Muslim pilgrims around the world in limbo.

The foreign ministry announced in a statement “the temporary suspension of entry of (GCC) citizens to the cities of Makkah and Medina.”

The ministry statement did not specify whether this suspension extended to Saudi citizens.

But it said the decision excludes “GCC citizens who have been in the kingdom for 14 consecutive days and did not show signs of coronavirus infection”.

Saudi Arabia has so far reported no coronavirus cases but there are mounting concerns over a spike in infections across the Middle East, including neighbouring Kuwait, Bahrain and the UAE.

GCC citizens are allowed to enter the kingdom with their national identity document. But on Thursday, the government said they could only enter using their passports and not IDs.

Saudi media including the pan-Arab daily Asharq al-Awsat said the move is designed to check the travel history of the GCC citizens, including any recent visits to countries impacted by the virus.

The kingdom on Thursday also suspended visas for tourists from countries affected by the virus as fears of a pandemic deepen.

In particular, electronic tourist visas for people arriving from seven countries, including China, Italy, Japan, South Korea and Kazakhstan, have been suspended, according to state media.

Saudi Arabia said the suspensions were temporary, but it provided no timeframe for when they will be lifted.

The moves have also sparked uncertainty over the annual hajj pilgrimage scheduled for July.

“The government of Saudi Arabia… is closely following developments in the spread of the virus and its repercussions on an ongoing basis, and that the precautionary measures are being reviewed according to any new developments,” the foreign ministry statement said.

The kingdom hosts millions of pilgrims every year in the cities of Makkah and Medina.

The pilgrimage forms a crucial source of revenue for the government, which has said it aims to attract 30 million religious visitors annually to the kingdom by 2030.