Despite being a natural-use case for blockchain technology, travel insurance products offered via blockchain are likely a number of years away in the U.S. due to insurance being highly regulated, industry experts say.

When most people hear “blockchain,” they think about cryptocurrencies like Bitcoin or Ethereum. And while blockchain is the underlying technology behind cryptocurrency, it is its own technology with many other uses.

At its core, blockchain is an immutable ledger that records transactions and tracks assets, some tangible like cash and some intangible like patents or copyrights. The ledger is replicated, shared and synchronized, giving all parties access to the same data at the same time, making it a cost-effective way to track assets because it eliminates intermediaries.

For example, the technology could recognize a flight delay and automatically send out a payout, with no human verification necessary. 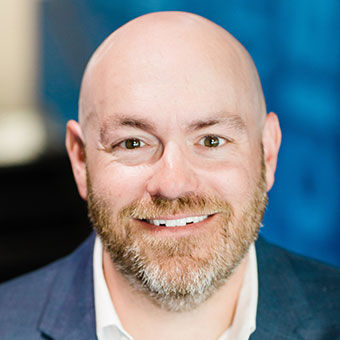 Early this year, German blockchain startup Etherisc launched FlightDelay, an insurance product that uses blockchain to automatically issue policies and execute payouts for flight delays and cancellations on some 80 airlines. Policies can only be purchased, and claims paid out, with cryptocurrency. It is funded via an insurance risk pool supported by investors.

Christoph Mussenbrock, a mathematician, physicist and co-founder of Etherisc, said flight delays were a natural place to offer a blockchain-based insurance product because data on delays and cancellations is readily available, enabling automatic payments. It also enables Etherisc to avoid higher claims-processing costs and achieve savings on data protection costs because blockchain itself is so secure.

Other insurers have taken note. Brubaker called Etherisc’s FlightDelay “a really cool concept, and I love that he’s doing that.”

Regulations in the U.S., including the need for state-by-state approval, mean blockchain’s appearance in the U.S. insurance industry is about 10 to 15 years out, Brubaker said.

He said he thinks paying for policies with cryptocurrency will come first, followed by blockchain-backed identification cards that cut out an intermediary confirming the bearer is insured.

However, the type of insurance FlightDelay offers is already available in the U.S. through some insurers, albeit without the blockchain component.

It’s called “parametric insurance,” meaning that “some parameter is violated, and it’s an auto payout, so you effectively don’t need a claims adjuster to review anything or look at a receipt or anything like that,” Brubaker said.

Allianz, for instance, launched SmartBenefits, a proactive payment system for flight and baggage delays, in 2018. Earlier this year, the insurer said that more than 2 million customers had been covered by SmartBenefits.

But using blockchain technology to offer parametric insurance could save money and, in turn, enable insurers to pass some of that savings on to consumers.

“I think it’s a great use case, because what you’re doing is tracking a transaction and then compensating them immediately,” said Norm Rose, Phocuswright’s senior technology and corporate market analyst.

“Flight insurance is only as effective as the reward and the timeliness of the reward,” Rose said. “There’s a lot of frustration, let’s face it, especially after Covid, of the refund cycle, the change cycle. And on top of that, there’s a lot of disruption in the travel ecosystem right now … . So if you’re going to take insurance, and then have the settlement be done by a shared ledger that then triggers a payment more instantly, that’s going to make the traveler happy.”

That’s what Brubaker said he believes blockchain will bring to the travel insurance industry when it arrives in the U.S.: “Reduced-cost efficiency and then just happier customers.”