I reached the Kapawi Ecolodge in Ecuador’s Amazon Sacred Headwaters on a bright and sunny afternoon. My journey from Quito that morning had been an adventure in and of itself.

After a five-and-a-half-hour drive to the city of Shell marked by stunning mountain vistas, I hopped a 50-minute flight by bush plane into the Amazon. A motorized canoe took me another 30 minutes down the Kapahuari River before seeing the expansive wooden staircase, signaling my arrival. Ray Bradbury once said, “Half the fun of the travel is the aesthetic of lostness,” and with Kapawi, I found it to be true.

Owned and operated by members of the Indigenous Achuar Nation, Kapawi is a tranquil retreat located deep in the Pastaza Province, not far from the Peruvian border. It caters to adventurous, conscientious travelers (in particular families and small groups) who value cultural immersion and love outdoor activities and wildlife viewing in a pristine natural setting. Although when it opened in 1996, it was a different animal: Guayaquil-based Conodros Tours, in partnership with the Achuar, saw Kapawi as a luxury Amazon extension to their high-end Galapagos tours. But the company eventually bowed out, and due to mismanagement and difficulties maintaining a luxury establishment in such a remote location, the lodge’s future came into question. 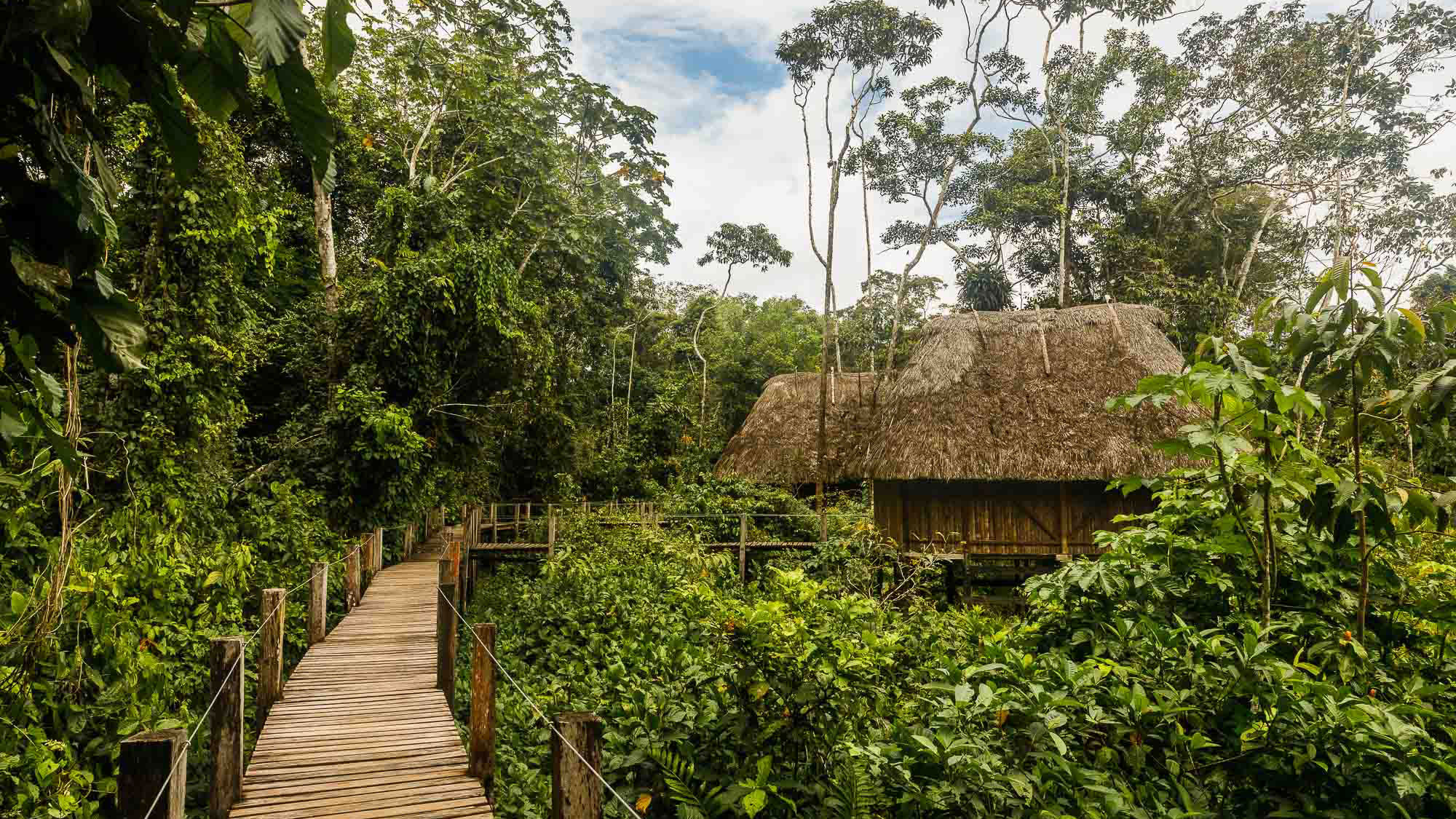 In 2019, the Kapawi, Suwa and Kusutkau communities took full ownership. An alternative they resist was working with conglomerates who were likely to exploit the land, according to Juan Carlos Garcia, who oversees operations and marketing for Kapawi. The lodge was then reimagined as a more intimate, sustainable experience, and to bring the vision to life, the property underwent a total rebuild completed just before the pandemic.

Instead of the original 20 cabins, there are 10 simple yet stylish bungalows built with Achuar architecture and technology (no nails to rust in the moist climate). They feature ensuite bathrooms, handmade furniture, rainforest views and balconies replete with comfortable hammocks, providing a cozy spot to watch the brief afternoon storm or two. A raised boardwalk connects each room with the main gathering hut, which has an ample footprint and includes a bar, lounge and adjacent yoga space. The hut’s soaring roof required more than 60,000 tagua nut palm leaves for construction.

“There’s a new dock, new cultural house by the river, new boats, new outboard engines,” said Garcia. “Cabins and other structures were built with recycled materials from the previous buildings and paired with more resilient materials” that are able to withstand decay in a rainforest ecosystem. They installed solar energy, and instead of fancy, imported food, the cuisine is simple yet flavorful, using Ecuadorian products with locally grown and raised ingredients. 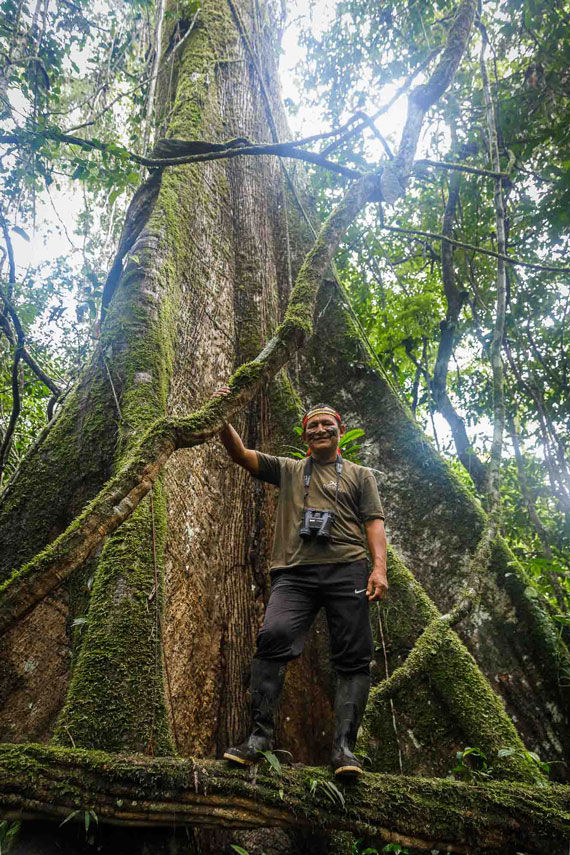 My guide and a local leader, Ramiro Vargas, began our first day together with words of wisdom.

“There are a few things you need to know,” he said, sitting me down. Scribbling notes, I wrote down basic phrases in Achuar: hello, goodbye and thank you. We would visit four communities (Kapawi, Tsekunts, Kusutkau and Wachirpas) during my seven-night stay. Using even the simplest vocabulary would convey my respect and appreciation for welcoming me into their lives.

Immersed in the Achuar Nation

Each day became a lesson in Achuar life. I took part in a Wayusa ritual practiced daily at 4:30 a.m. and watched nine young men and women graduate high school. I toured the Tsekunts’ fish farms and gardens brimming with yucca and plantains; snorted green tobacco juice called umpak, a Red Bull equivalent that cleanses the nasal passages. In greater quantities, umpak is used to induce visions and speak to the forest’s spirits.

I tested my hunting skills (or, more accurately, my lack thereof) during target practice with foot-long darts and an eight-foot, handmade blowgun used to hunt wild boar. I dined on river shrimp and black pacu steamed with heart of palm served on a bed of palm leaves. Sumpa, a shaman elder, slightly hunched but with a powerful gait, led us to a hidden waterfall to perform a cleansing ritual. In the evening, back at the lodge, he presided over a traditional ayahuasca ceremony a — a ritual that involves a brewed natural psychotropic to induce visions. 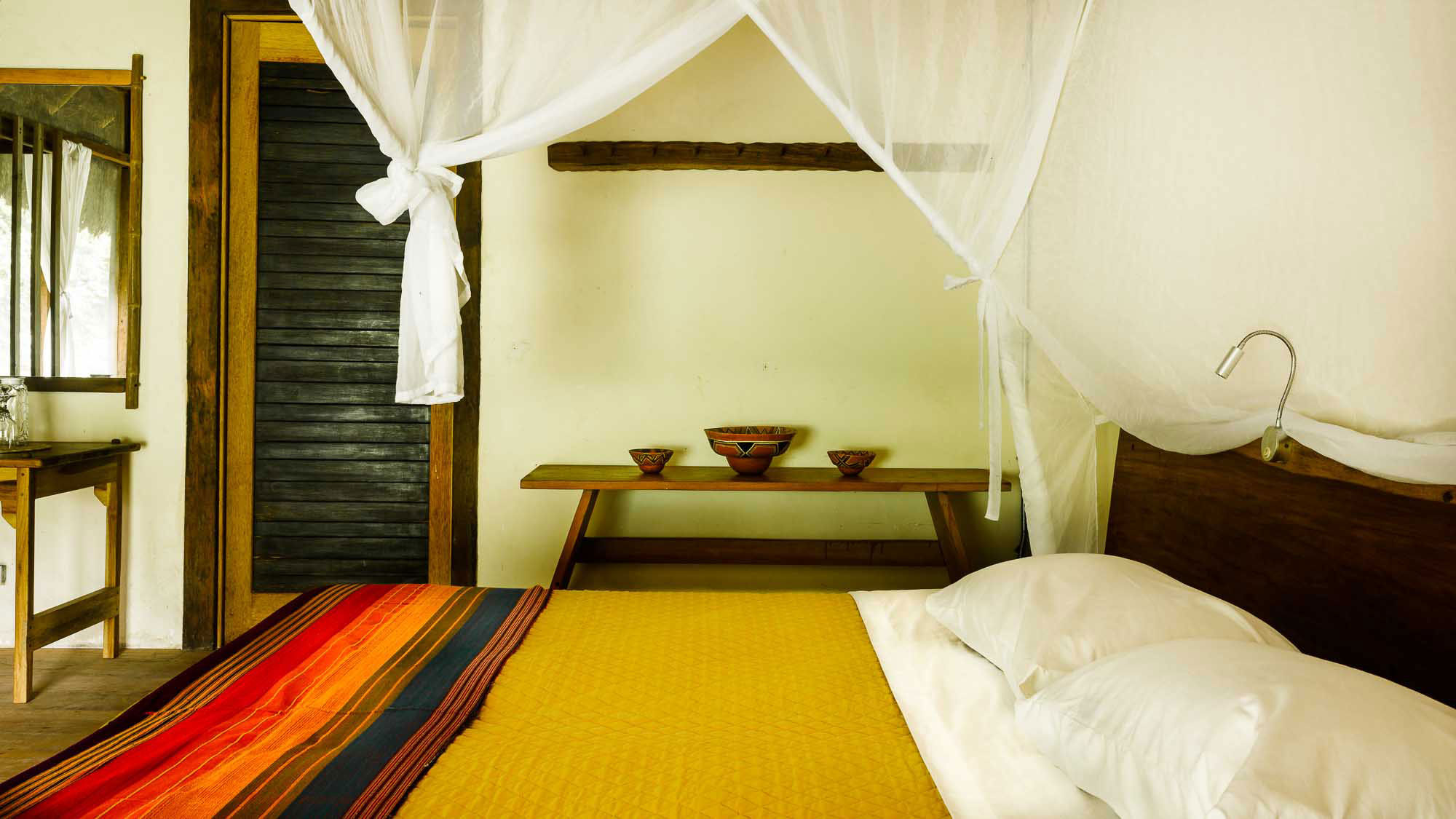 Culture was not the only facet of my stay, however. Woven throughout my visits, we spent hours kayaking winding rivers, hiking through dense forests and going on night walks. I learned about the local flora and their medicinal uses and embarked on quests to find giant river otters and the Amazon’s famed pink dolphins. At night, I let the innumerable sounds of the rainforest lull me to sleep.

The average cost per person for the three nights at the lodge is $320, with discounts offered to groups of four or more. Ground transportation and Amazon flight are not included. For guests preferring slower transit from Quito to Shell, Kapawi can arrange a night in Puyo with stops that include the renowned Pailon del Diablo, one of seven spectacular waterfalls in the area.