Ground transportation woes are leaving many U.S. travelers in the lurch this summer, as rental cars remain scarce and an ongoing labor shortage has limited rideshare availability, causing fares to surge.

“It’s been a devastating one-two punch,” said Joseph Schwieterman, a DePaul University professor specializing in public policy, transportation and urban planning. “On the one hand, you’ve got the tight labor market, with federal unemployment benefits sidelining many drivers, and on the other hand, there has been a massive contraction in car availability.”

Although Lyft added that it has since implemented hiring incentives and benefits, which has helped it attract thousands of new drivers in recent weeks and cut wait times by 15% nationwide, industry experts report that fares for Lyft, Uber and other ridesharing options still remain abnormally high across most markets.

According to recent data from research firm Rakuten Intelligence, U.S. rideshare costs for June were up 53% compared with pre-pandemic times in January 2020.

“You only need to be burned once before you shy away from relying on ridesharing these days,” said Schwie-terman. “Nothing can spoil an evening faster than an eye-popping $50 fare to go just a couple miles.”

As an alternative, Schwieterman said travelers have proven increasingly willing to experiment with peer-to-peer car-sharing companies like Turo and Getaround, which enable users to rent cars from private car owners.

In destinations where car rentals have proven either prohibitively expensive or nearly impossible to book, Lynn Farrell, president of Chicago-based Foremost Travel, a branch of Tzell Travel, has started suggesting that clients give Turo a try.

“We are telling people that this is the Airbnb of car rentals, and that we have no responsibility over it and can’t control the quality, but we’re just trying to give people as much information and as many options as possible,” said Farrell. “Because, let’s face it, if you’re going somewhere like Bozeman, Mont., or Hawaii, and you don’t have a car, it’s not a vacation. It completely changes the dynamic of your trip.”

According to Farrell, a recent quote for a weeklong traditional car rental in Bozeman, a popular pandemic-era vacation destination for outdoor enthusiasts, totaled $4,700.

In Hawaii, where an especially severe car rental shortage has made headlines, transportation costs have also skyrocketed. Farrell cited a recent trip taken by clients to Maui, where they were charged $190 each way for a roundtrip taxi ride to a nearby Covid-19 testing site.

“What we’re now doing among our agents is sharing information about which hotels — like the Westin Maui Resort & Spa, for example — have shuttles that you can jump on and take into town and to restaurants,” Farrell said.

The Sheraton Kauai Coconut Beach Resort has responded to transportation challenges by investing in a new guest shuttle and minivan and bolstering its existing bike program, which has long allowed travelers the complimentary use of the resort’s bikes to take advantage of a bike path connecting the property to the nearby town of Kapa’a.

“Our bike program has always been popular; however, we saw a significant uptick in reservations for bikes at the beginning of the second quarter,” said Chris Machorek, general manager of the Sheraton Kauai Coconut Beach. “To meet the rising demand, we increased our inventory by adding 20 new adult bikes and five children’s bikes.”

Chauffeured car services back in the mix

Meanwhile, other travelers are turning to chauffeured car services in order to avoid the unpredictability of surging rideshare fares.

According to an April member survey from the National Limousine Association, 45% of respondents reported that Q1 2021 revenue was up compared with Q1 2020, and nearly 17% reported revenue increases as high as 50% or more. 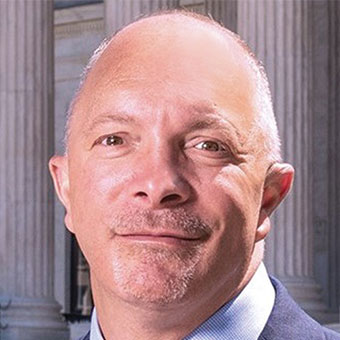 “There has definitely been a movement back to the chauffeured car, because you can count on the experience,” said Robert Alexander, the group’s president. “We don’t have [a rideshare’s] ability to just flip a switch and add, say, an extra $60 to a trip from downtown Manhattan to LaGuardia.

“Uber and Lyft have worked to make it sound like our industry is crazy expensive, but it’s not, and right now our services are less expensive than Uber or even Uber X.”

According to Alexander, demand for chauffeured car services has been so high that many operators haven’t been able to keep up. Just like the rideshare sector, the U.S. labor crisis has left the chauffeured car industry woefully understaffed.

“Over the last six months, demand has gone from a dribbling faucet to a fire hose,” said Alexander. “Phones are ringing off the hook, and our businesses are saying, ‘we can’t handle it.’ They’re turning people away, which is something they’ve never had to do before.”