ONBOARD THE SEVEN SEAS SPLENDOR — When Regent Seven Seas
Cruises debuted the Explorer three years ago, the company called it the most
luxurious ship ever built. Its premier suite, the Regent, came with a $150,000
bed.

Now, Regent has introduced its fifth ship, the Seven Seas
Splendor, which was built to complement but also rival its sister, the Explorer.

Frank Del Rio, CEO of parent company Norwegian Cruise Line
Holdings, said on the Splendor’s inaugural cruise from Miami that he
wanted to top the work that his designers had done on the Explorer. 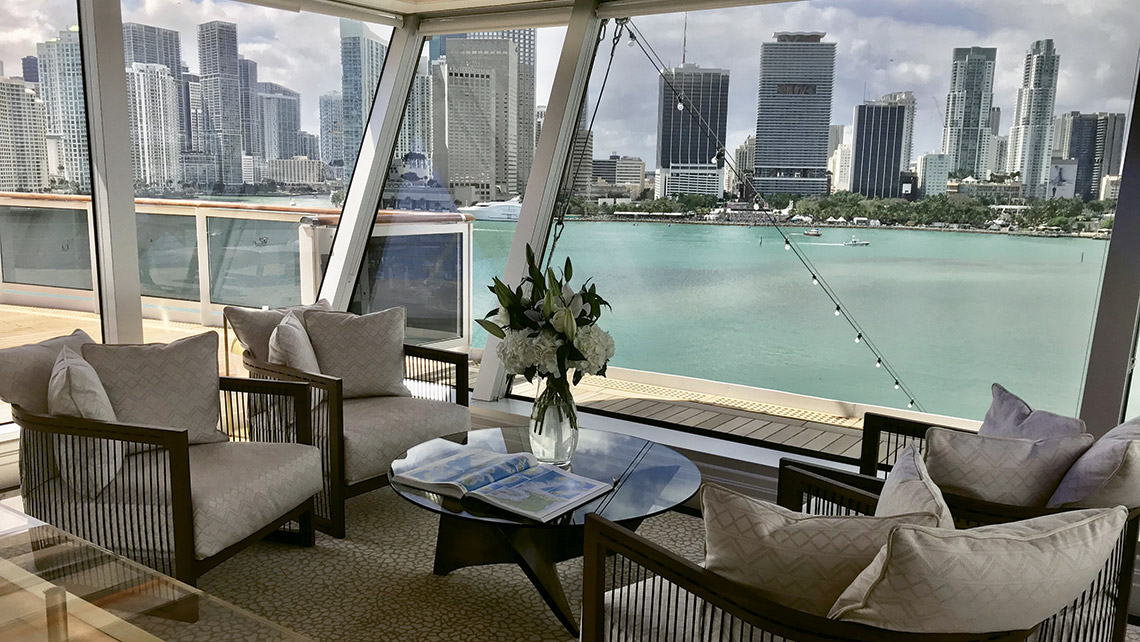 And so, the Splendor’s 4,443-square-foot Regent Suite has a
bed with a $200,000 Hastens Vividus custom, handmade mattress. The two-bedroom,
three-bathroom suite goes for $11,000 per couple, per night. It also includes
an in-suite spa and a 1,300-square-foot, wraparound veranda.

For that price, passengers get first-class air and a butler
as well as a personal car with driver and a guide in every port.

There is also a bed-linen menu to adorn that expensive bed.

“Every night, you can sleep in different linens,” vice
president of hotel operations Steph Armengol said while giving a tour of the
suite, which is already booked for the rest of 2020.

Del Rio called the all-suite Splendor the most expensive
cruise ship ever built, on a per-berth basis. The ship was constructed at
Fincantieri’s shipyard in Ancona, Italy, for about $458 million.

The ship’s 375 suites come in 14 categories, starting with
the 307-square-foot Veranda Suite. Even the mid- and lower-category suites are
spacious, such as the Concierge Suite on Deck 8 that had both a bathtub and a
shower. 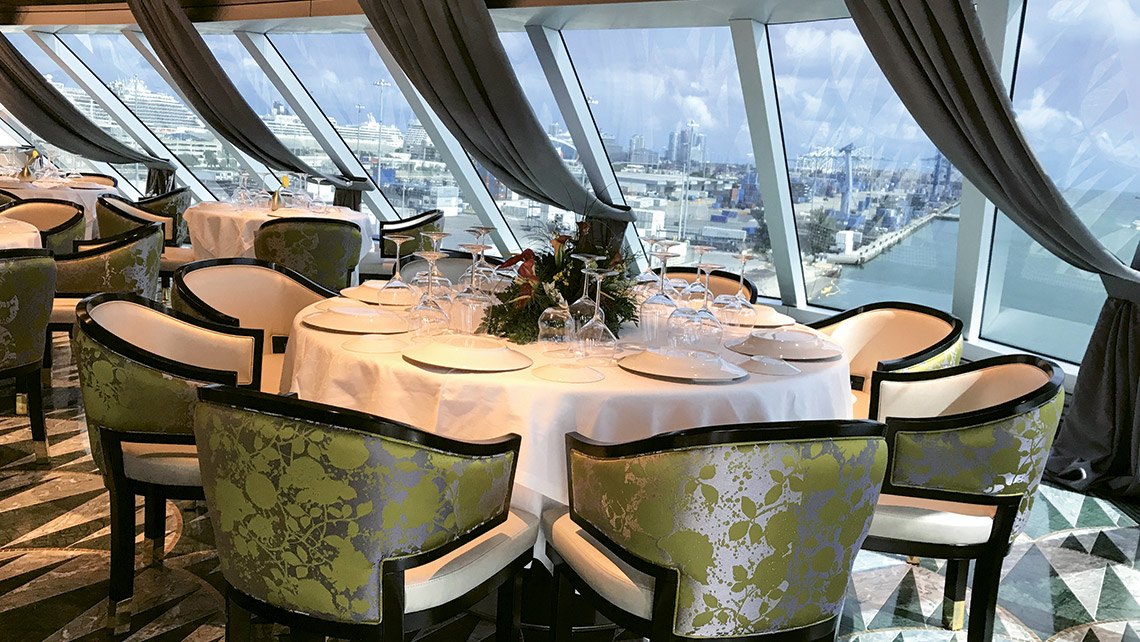 “There is not a boring spot on the ship,” said Christie
Brinkley, the supermodel godmother of the Splendor. In an onboard news
conference, Brinkley likened the marble to a Missoni gown.

The Splendor was also designed for foodies. Its Culinary
Arts Kitchen has 18 individual stations, and cooking classes booked up quickly
on the inaugural sailing.

Senior chef instructor Noelle Barille taught participants
how to make a dish of halibut with tomatoes and capers. The kitchen was large,
with television screens to make sure all students could see what she was doing.
It almost felt like a kitchen on Food Network’s “Chopped.”

Restaurants include the Compass Rose, where guests can try
an elaborate brunch buffet with sushi, omelet and crepe stations; Pacific Rim,
a Pan-Asian restaurant with a large, Instagram-friendly dragon sculpture at its
entrance; Chartreuse, which offers classic French fare; the Prime 7 steakhouse;
and the Italian Sette Mari at La Veranda with overwater alcove seating. 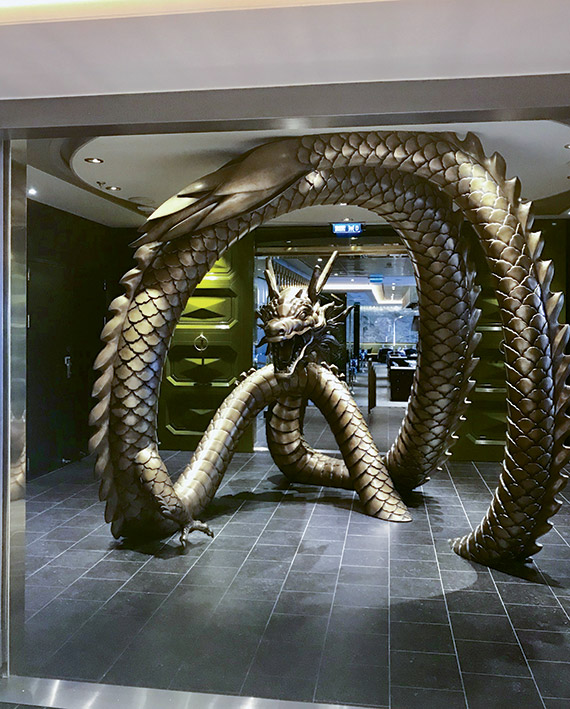 The Pool Bar and Grill is much more relaxed, and the ship
offers plenty of options for those seeking cocktails.

Bernhard Klotz, Regent’s vice president of food and
beverage, said his team had created 200 new recipes for the Splendor and other
ships in the fleet. Room service items were also revamped and include a
plant-based Impossible Burger.

“We wanted to make things a little more on the lighter side
but also keep traditional recipes,” Klotz said. “Plant-based options are very,
very popular. It’s really a change among guests. They like to eat healthy. They
like to eat lighter. We try to accommodate them.”

The Splendor’s inaugural season will offer seven- to 26-day
cruises in the Caribbean, North America and the Mediterranean. Introductory
rates start at about $8,000 per person for a seven-day sailing.