A longtime Disney developer, Padgett has been chief experience and innovation officer for Carnival Corp. since July 2014, responsible for guest experience innovation, development, creation and operations integration. In his new role, he will retain leadership of the corporation’s innovation unit. 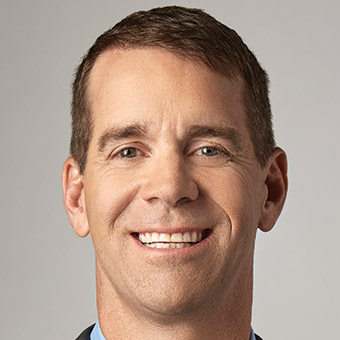 Prior to joining Carnival Corp., Padgett spent 18 years with Walt Disney Parks and Resorts, where he was part of the invention, development and implementation of the MagicBand, FastPass+ and Disney’s Magical Express, among other innovations.

Carnival Corp. said that Padgett has been key in the development and implementation of the Princess MedallionClass experience, including the creation and development of the Medallion wearable device and the enabling Ocean platform.

Carnival Corp. said that Padgett had connected with thousands of Princess guests, travel advisors and destination partners as part of the Medallion fleet implementation. He and his team have also created original TV and digital content highlighting cruising that has been seen by more than 900 million viewers around the world, expanding awareness for cruising, Carnival Corp said.