ABOARD THE CELEBRITY EDGE — Last week, the Celebrity Edge became the first large cruise ship to resume passenger cruises from the U.S. since the pandemic had been declared in March 2020.

And just a day into that sailing, Richard Fain, CEO of Royal Caribbean Group, said that what had previously felt like an “endless 15 months” now seemed like only “a mere blip.”

Kate McCue, captain of the Celebrity Edge, had similar feelings. On the third day of the sailing, when the ship pulled into its first port of call, Costa Maya, Mexico, the cruise had been running so smoothly and seemed so normal that it took her by surprise.

“I assumed that everything would feel new, and it doesn’t,” she said. “It feels like the last 15 months were a blur or a dream. It feels like I just came back to work and we’re welcoming our guests like we always did.”

Much of that feeling results from the 99% passenger vaccination rate on this seven-day Western Caribbean departure from Port Everglades. Almost every passenger onboard is mask-free, and there is no mandatory social distancing. At the theater, people can sit wherever they wish, although ushers encourage them to spread out. Tables are not placed 6 feet apart in restaurants, and people can sit around bars as they did pre-pandemic. The dance floor was packed for Silent Disco night. 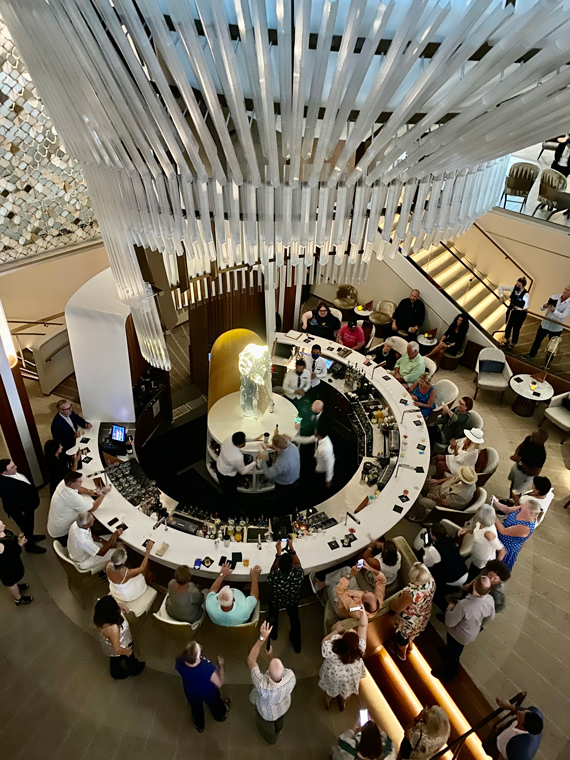 But not everything is as it once was. There is no self-serve at the buffet. A hodgepodge of port regulations regarding whether people can wander freely or have to take curated “bubble” tours is very confusing. At 40% occupancy, the ship feels emptier than it normally would. And as of now, the crew wears masks, but Celebrity said that they will soon be able to shed them.

“People are experiencing the ship, the ports; it feels so natural and so normal that it’s just bizarre,” McCue said.

After seemingly endless wrangling with the CDC for permission to allow cruising to resume from U.S. ports, this sailing suggests that ships operating highly vaccinated cruises can offer a near-normal cruise experience as well as a safe one.

“If it had been any earlier, I don’t think I’d have had the confidence that I do now … if something happened onboard,” McCue said. 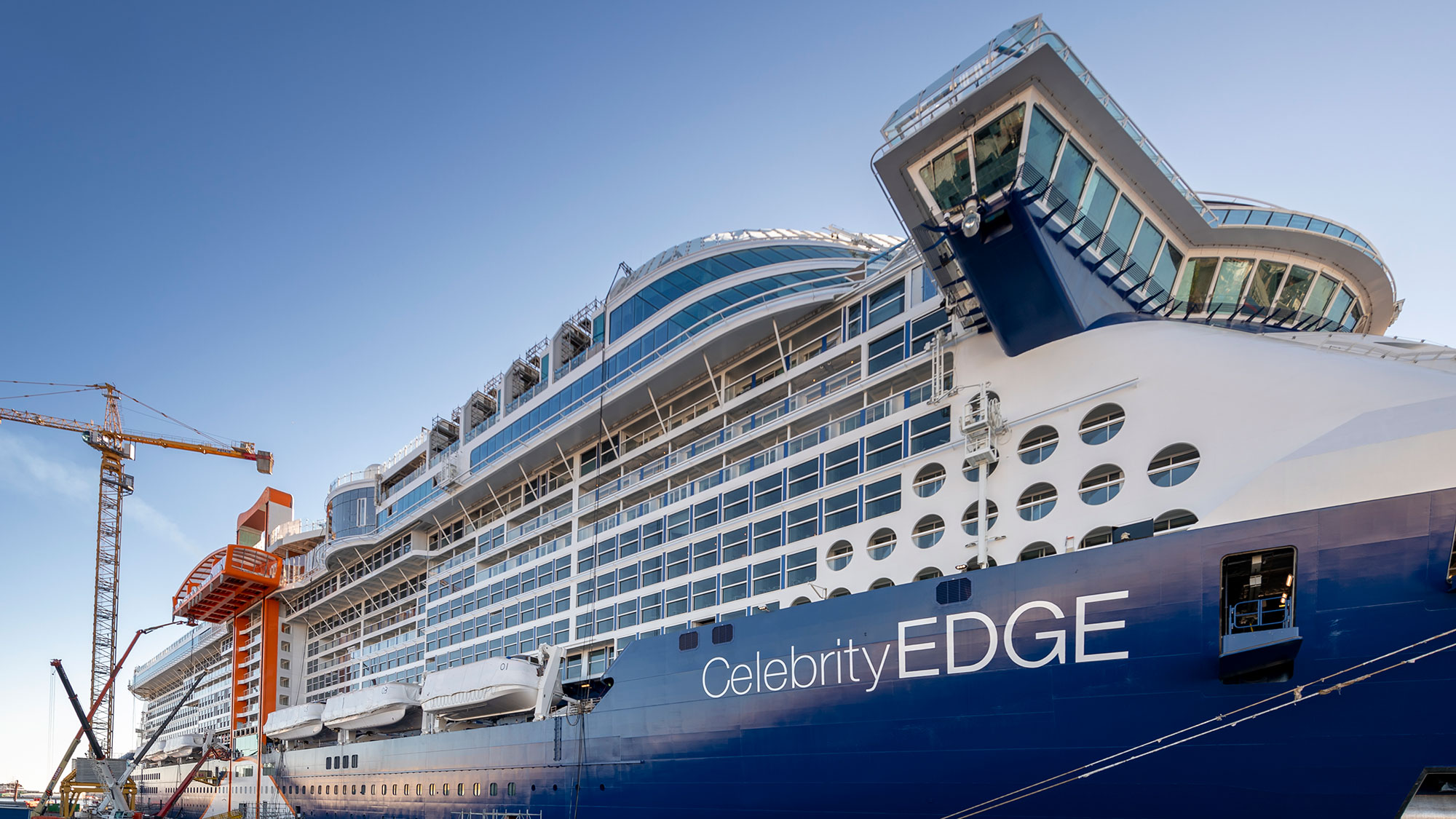 In discussing the CDC’s change in attitude toward the cruise industry, Fain observed that not only does the U.S. now have about half its population vaccinated, but the cruise industry has contact tracing and testing capabilities “better than anything on land.”

As a result, he said, what had at first been considered a major disadvantage — that cruise ships are self-contained — became an “obvious” advantage. 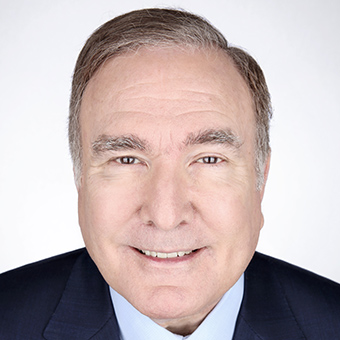 The company’s CEO, aboard the Celebrity Edge, talks about how the industry finally got to set sail.

A good example of why, Fain said, were the recent cases on the Celebrity Millennium, operating from St. Maarten. Two asymptomatic people who had presented proof of vaccination showed up as positive during routine testing.

“We identified them. We identified their close contacts. We tested everyone, we isolated the issue and we solved the issue without exposing anyone else,” Fain said. “We met our goal of first minimizing these things happening at all, and if they do, to keep an isolated incident from becoming an outbreak. And if you think about it, if these two people had been in their hometown, they would have carried on infecting people randomly.

“The fact is, there will be cases,” Fain added. “The real key is, can we handle them?”

On sister brand Royal Caribbean International’s Adventure of the Seas, which launched service last month from the Bahamas, two unvaccinated minors tested positive, but because that ship was also highly vaccinated and had protocols in place to contact trace and isolate, there was no community spread on that ship, either.

Fain has long pointed out that ships operating in other parts of the world have done so without a vaccinated passenger base. Royal Caribbean Group’s jointly owned European lines, Tui Cruises and Hapag-Lloyd, have been operating since the second half of 2020, and Royal Caribbean’s Quantum of the Seas has been sailing from Singapore since December.

CLIA says cruise ships have carried more than 600,000 passengers since July 2020 with “a far lower incidence rate than virtually any other setting,” using protocols to prevent cases from becoming outbreaks. 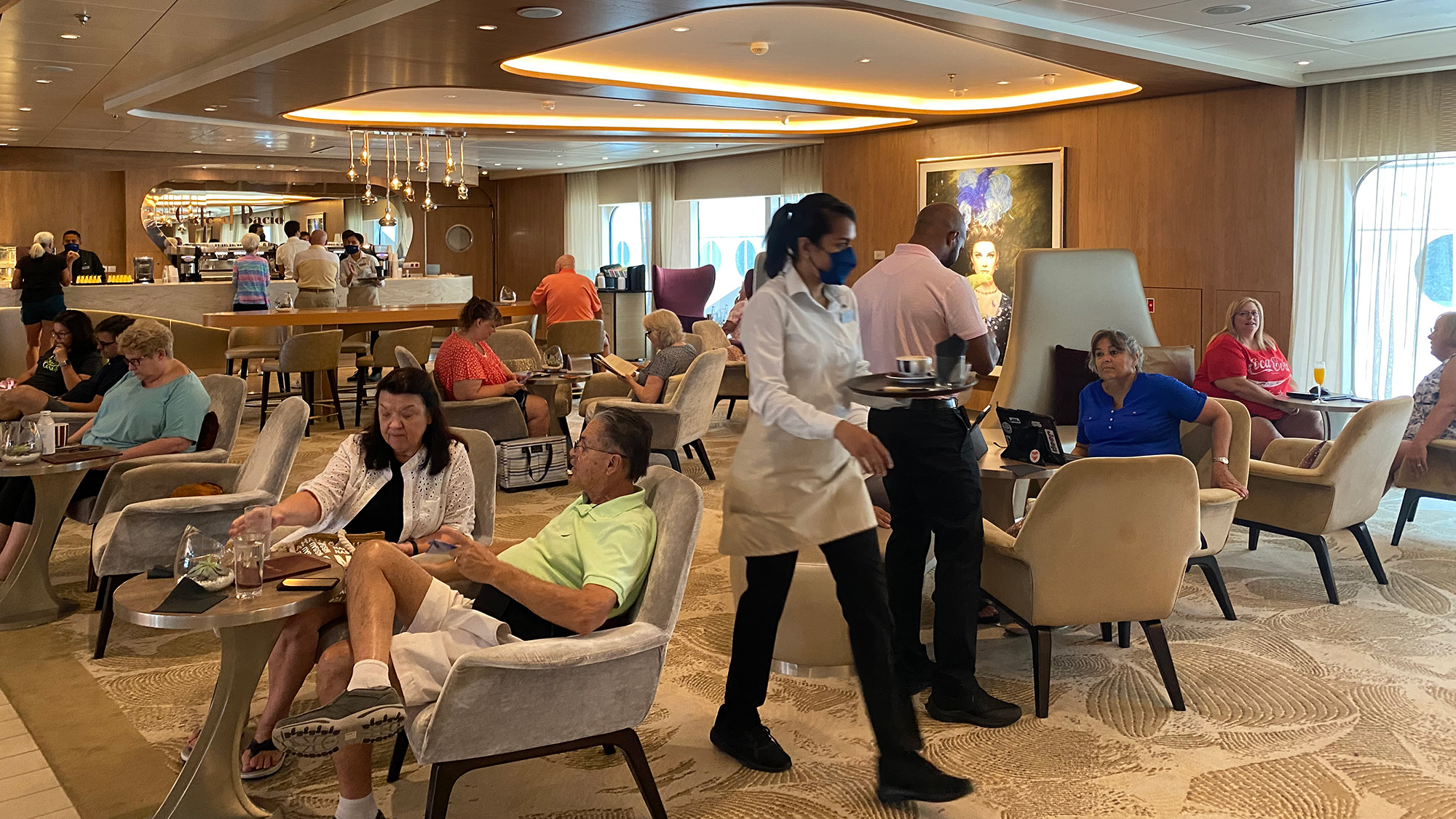 But to get to the point where a cruise feels this normal takes a highly vaccinated passenger base. Cruises that don’t require 95% or higher vaccine rates require masks and social distancing and can’t offer activities that put strangers in close proximity, such as Silent Disco.

Celebrity also has the advantage, Fain said, of not carrying many children who can’t yet be vaccinated. There were 20 onboard the first U.S. sailing. Royal Caribbean Group’s second ship set to launch from the U.S., the Freedom of the Seas on July 2, won’t meet the 95% vaccinated threshold, but Fain thinks it will also be successful, citing the high satisfaction rates on the company’s sailings elsewhere throughout the pandemic, even with the extra protocols.

“What we’re finding is people still find [those cruises] very attractive and successful,” he said.