The Fairmont Century Plaza in Los Angeles
is moving forward with plans to open Sept. 1.

The hotel is partially housed within the former Century Plaza,
a 19-story hotel that originally opened in 1966. Following a $2.5 billion revamp,
including the addition of two new 44-story towers, the Fairmont Century Plaza
will have 400 guestrooms, 63 Fairmont-branded residences and some 92,000 square
feet of retail space.

The hotel also will have a 14,000-square-foot spa, a rooftop
swimming pool and bar, a fitness center, a variety of restaurants and 24,000
square feet of indoor event space, including a 13,000-square-foot ballroom with
seating capacity for about 1,500. 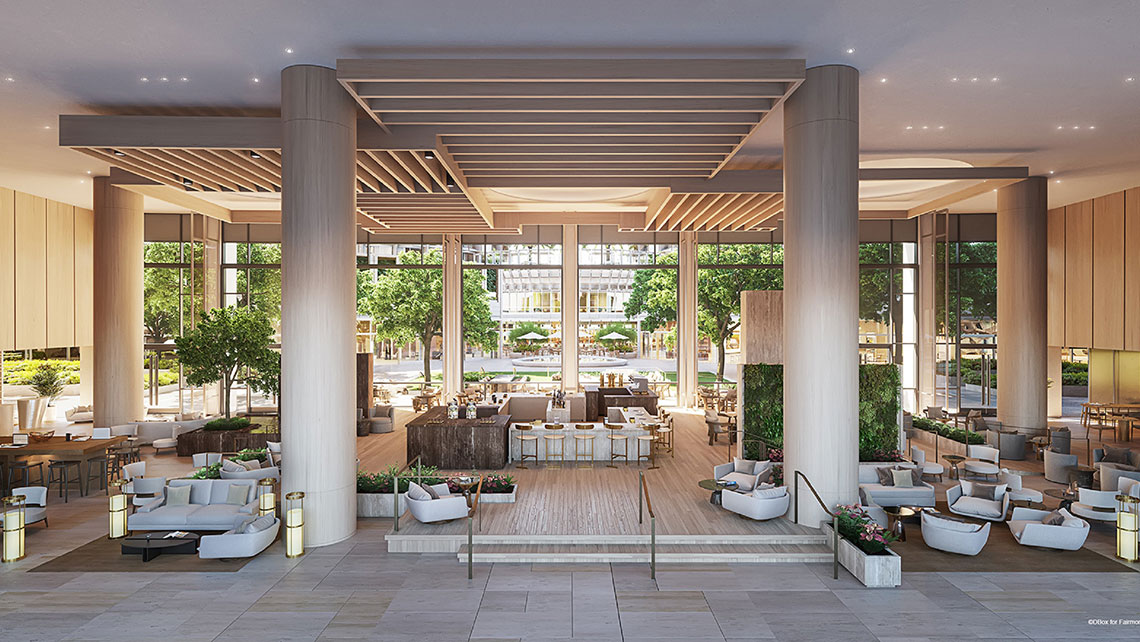