The Disneyland Resort on Tuesday opened its doors to out-of-state visitors for the first time since the pandemic hit.

Greg Antonelle, who owns the MickeyTravels agency with his wife Elyssa, made his way to the Golden State from his home in Florida this week to experience Disneyland as soon as he could.

The Antonelles arrived in California on Monday, June 14. While en route to Disney’s Grand Californian Hotel & Spa, they got word that Disneyland would relax mask requirements for vaccinated guests the next day, what he called a nice surprise.

Monday was starkly different than Tuesday on Disneyland property, Antonelle said. After checking in, he and his wife were walking around Downtown Disney, and everyone was wearing face coverings as required. Cast members would ask those with masks below their noses to adjust them. There were temperature checks upon arrival at the hotel and before leaving. Signage encouraging masks was everywhere.

“Today, all of that is gone,” he said Tuesday. “No temperature checks, all the signage has been removed, the markers on the ground have been scraped up.”

On Tuesday, as the rest of California reopened without capacity limits or physical distancing requirements, Disneyland did the same, Antonelle reported. He and his wife were among the first in line to enter Disneyland Park. There was no distancing on line, and around 90% of guests were not wearing masks, he estimated. Ride vehicles are being loaded at full capacity with no plexiglass barriers separating guests.

“If you didn’t know any different, you would think that this was last January or February,” he said. “[It was] just a stark contrast to what it’s been here.”

Antonelle is a frequent visitor of the Walt Disney World Resort in Orlando. That property, too, lifted mask requirements indoors and outdoors for vaccinated guests on Tuesday, but Antonelle hadn’t yet experienced that. He said walking into stores and onto attractions in Disneyland without masks felt strange.

“Weird is the perfect word,” he said, because he has worn a mask indoors at parks for the last year. “It just felt different. You get so used to doing something for so long.” 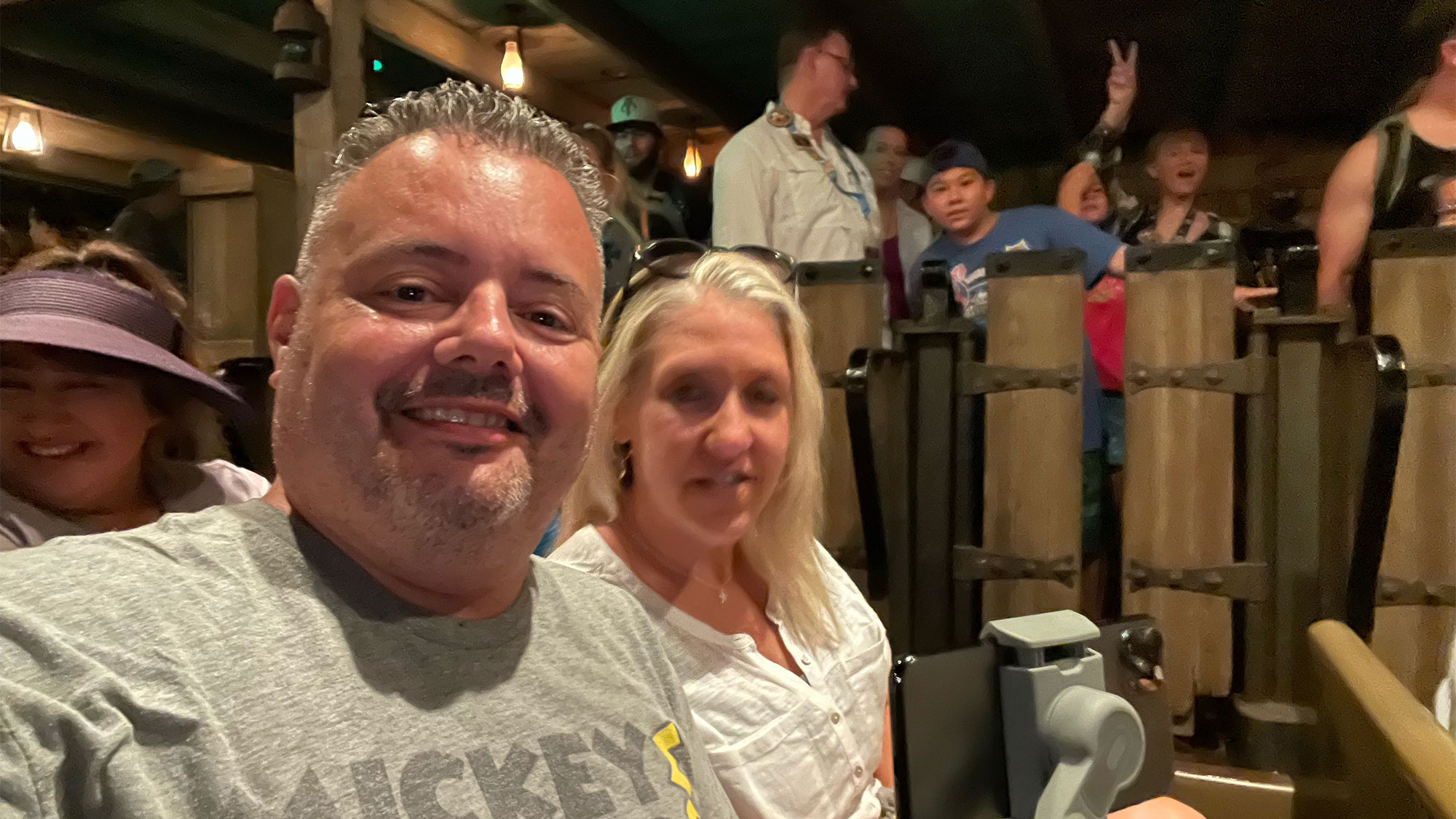 The Antonelles will spend all of Tuesday and Wednesday in the parks before returning home Thursday. He was planning on checking out the new Avengers Campus at Disney’s California Adventure theme park on Tuesday afternoon. He was excited to have snagged a boarding group for the new attraction Web Slingers: A Spider-Man Adventure, a difficult feat because the new ride has proven to be very popular.

On Tuesday morning, the Antonelles were riding Pirates of the Caribbean when they got notice of another bit of positive news: Fireworks will return to Disney parks next month.

“That’s huge,” he said, as lack of fireworks were one of three main reasons people have been holding off booking Disney trips. Mask requirements was another, but those have been removed for vaccinated guests. The third, whether Disney Dining Plans will return, remains in limbo.

“Two of the three things are back now,” Antonelle said. “And the first thing we did after we got off Pirates was we booked a [Walt Disney World] resort room for July 1 through 4.”