As coronavirus continues to grow globally, a string of cases on board passenger cruise ships has lead to heightened anxiety regarding the industry. As the number of infected around the world surpasses 95.000, a number of ports have closed to cruise ships, meanwhile, others have put in place stringent travel restrictions.

Cruise ships are now being considered hotbeds for the virus after a reported case on board the Diamond Princess sent the ship into quarantine, consequently infecting 706 passengers. There were six fatalities as a result.

The cruise ship spent 14 days in lockdown off the coast of Japan.

Since then more there have been a number of alerts raised about passengers on various ships showing symptoms, sparking concerns from countries about allowing cruises to dock in their ports.

This has been particularly true for ships which have Asian stops on their planned itineraries.

There are now a number of ports denying entry to all cruise ships, meanwhile, some are saying Chinese, South Korean and Italian passengers are not allowed to disembark.

Others are turning ships away on a case-by-case basis, largely dependent on the nationality of passengers or where the ship has previously sailed. 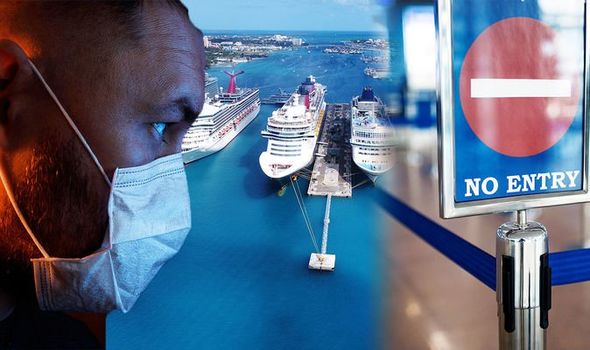 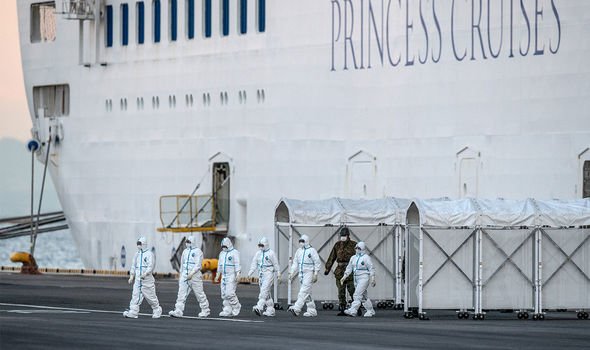 Following instruction from the government, all cruise ship visits have been halted to and from the islands. The decision was reached after the MSC Magnifica arrived from Italy and three passengers from the ship has been admitted to a hospital in Rarotonga for overnight observation. Though the Ministry of Health confirmed none of the patients were suspected to have coronavirus, it soon made the decision to halt all cruise ships.

The capital of Qatar has decided to close its port to all cruises until further notice.

Kai Tag Cruise Terminal has shut both its terminals until further notice. The news comes just weeks after a cruise ship arrived in Hong Kong suspected to have cases of COVID-19 on board. The World Dream instigated a rigorous screening process for passengers on board who were finally allowed to leave after a week of quarantine.

All cruise traffic is being denied entry to the Malaysian port of Kota Kinabalu.

The Malyasian port of Kota Kinabalu has closed itself to all cruise ship traffic.

Following a segment from the Government of Maldives regarding precautionary measures against the fast spreading disease , as for February 26 a temporary ban will be placed on all cruise ships hoping to enter the country.

Three ports in New Caledonia remain closed after tribal chiefs decided to ban all cruise ships from docking. Lifou, Mare and Isle of Pines are currently closed to cruise ships until further notice.

Cruise ships will not be allowed to enter Samoa until further notice.

Following an influx of cases across Asia, South Korea implemented a ban to block all cruise ships from docking at its ports. It came after Holland America’s Westerdam was denied entry.

Though Sri Lanka is allowing cruise ships to dock at its port in order to restock supplies and fuel, passengers are banned from disembarking. The Seabourn Sojourn ship is due to dock on Friday for a two-day call, however, passengers will remain on the ship.

The cruise line said: “Seabourn Sojourn is scheduled to arrive in Colombo, Sri Lanka on Friday, March 6, for a two-day call to support loading of supplies, as well as other ship operations required to be completed before the ship arrives in New Zealand.

“Due to new restrictions put in place by the Sri Lanka Ministry of Health, Nutrition & Indigenous Medicine on March 2, guests and crew will not be able to disembark the ship while in port. Sojourn will no longer be calling in Hambantota on March 8.”

A number of ports in Taiwan, including Keelung, put a stop to cruise traffic on February 6. 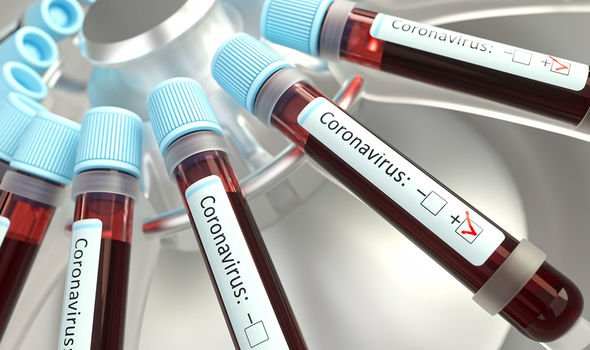 All passengers who have been to mainland China in the last 20 days will be denied entry, regardless of passport or nationality.

All cruise ships hoping to enter into Fiji must first make an earlier call at Suva or Lautoka where passengers will be tested for symptoms of coronavirus. Meanwhile, travellers from Italy, Iran and the South Korean Cities of Daegu and Cheongdo are not permitted to enter the country. Travellers who have visited mainland China in the 14-days prior are also banned, regardless of nationality.

Chinese nationals are barred from entering the country. The Union Health Ministry also suggested that visa restrictions apply to all people who have travelled to the Peoples Republic of China, Iran, Italy, South Korea and Japan on or after February 1, and who have not yet entered India. 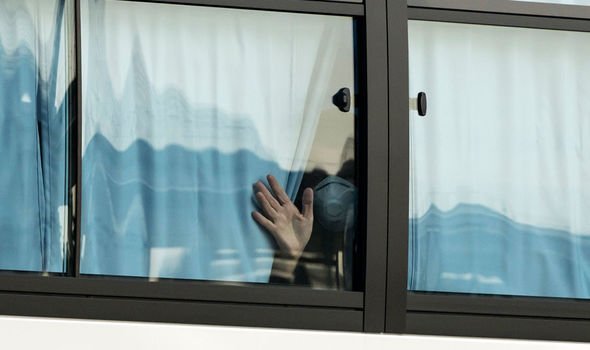 Passengers who have, in the last two weeks, been to Italy, South Korea, Iran and Singapore and who do not have permanent residency or marriage exemption in Jamaica, will not be allowed to enter the country. All people who are entering from China will be placed in immediate quarantine.

Passports issued in Hubei will not be permitted entry.

Chinese passports issued in Hubei, Zhejiang or Jiangsu provinces will not be permitted.

The country has issued travel restrictions on foreign nationals who have visited Iran, mainland China or any other notified country, 14 days prior. Similarly, passengers or crew from any notified cruise ship are banned from entering for 14 days after disembarking.

The Philippines is not allowing Chinese passengers to disembark.

Travel restrictions are in place for China passport holders.

No entry to Chinese passport holders.

Travellers who have visited China, South Korea, Japan, Singapore, Italy, Hong Kong, Thailand, Iran, Taiwan or Macau during the past 14 days will be denied entry.

Travellers who are visiting from main land of China, Taiwan, Hong Kong SAR and Macao SAR, South Korea, Japan and Singapore in the previous 14 days will be denied entry. Similarly, the ban is in place for anyone who has passed through one of these ports since 31 December.

Ports turning ships away on a case-by-case basis

If you are due to travel on a cruise it is advised that you contact your cruise line directly to see if your journey is affected.