With its new Storyteller Series of sailings set to launch this spring, Avalon Waterways thinks it just might have a bestseller on its hands.

Four of the six themed river cruises will be hosted by a curated group of celebrity authors, while the other two will feature headline musical acts who will perform during their sailings.

The lineup of weeklong itineraries on the Seine, Danube and Rhine kicks off in May with singer-songwriter Edwin McCain on the Avalon Expression and runs into September.

The Storyteller cruises are Avalon’s first set of themed sailings centered around celebrities. The line has worked with artists and authors to host sailings before, including Canadian singer-songwriter Jann Arden, but usually as one-off offerings and not as an entire set of cruises. 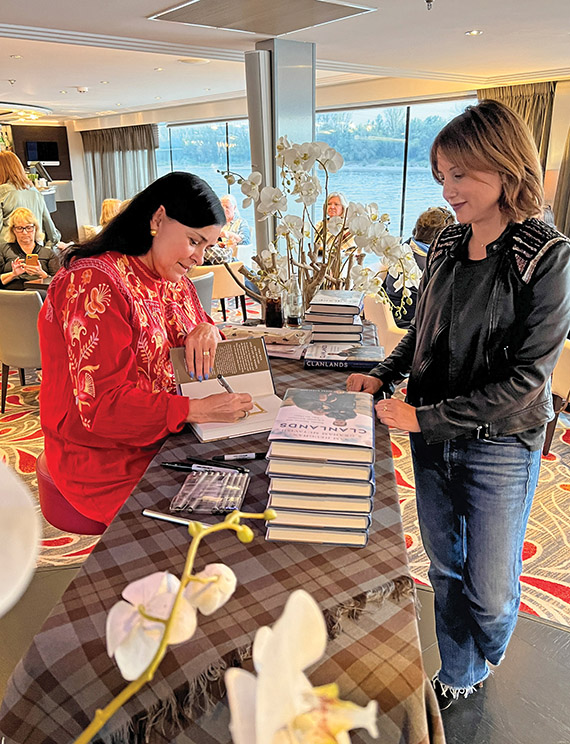 The idea for the series came about after a hosted sailing with “Outlander” author Diana Gabaldon in 2018 became an instant hit with guests; it sold out in two days. Gabaldon was brought back as a storyteller host last October, a trip rescheduled from its original June 2020 date.

While many of the scheduled cruises offer familiar routes and amenities, including Avalon’s signature Active & Discovery excursions and activities, each incorporates unique elements tailored to the celebrity author hosting the cruise.

“On Diana Gabaldon’s most recent ‘Through the Stones and Storybook Settings’ cruise, we followed our Romantic Rhine itinerary but made a special, secret stop and evening excursion at Rheinstein Castle, overlooking the Rhine River, where guests were treated to a Champagne reception and Scottish bagpipe music [including the theme song from the “Outlander” TV series that appears on the Starz network],” Hoffee said. She added that guests were also treated to a surprise onboard performance by a Scottish music duo who performed songs from the show plus original works.

The Bushnell-hosted “Sex and the City of Lights” Seine cruise is actually a new sailing; the other storytellers are being added to existing Avalon itineraries. The new Active & Discovery itinerary, which  will sail in July and begin and end in Paris, will feature a book-signing, Q&A discussions and other yet-to-be-revealed exclusive offerings.

McCain’s season-opening “I’ll Be Romancing the Rhine” cruise will give guests a front-row seat to two exclusive performances of his biggest hits as they sail through the German countryside, eventually ending up in Amsterdam.

Guests can also expect live performances on Sister Hazel’s “All For You” Storyteller sailing on the Rhine.

The venture is prompting Avalon to dream bigger.

“We’re so happy and grateful to partner with our 2022 hosts, knowing the popularity of their books, shows, movies and music,” Hoffee said. “In the future, it would be wonderful to expand our series to include actors and actresses, who are also robust storytellers.”